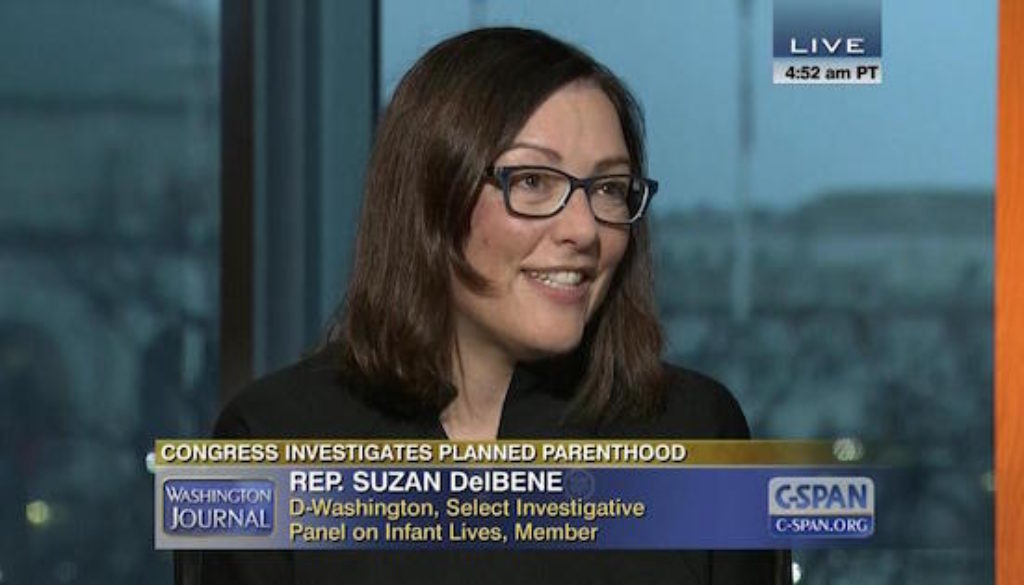 Screenshot of Suzan DelBene from C-Span

April 1, 2021 — A Congresswoman from Washington State, who introduced federal legislation that would be the first national consumer privacy law if adopted, says the federal government is being outpaced by some states that are implementing their own consumer privacy legislation.

“There is a significant problem with consumer privacy in the US,” said Representative Suzan Delbene on Tuesday during a New Democratic Network event. Delbene introduced her Information Transparency, and Personal Data Control Act, a wide ranging federal privacy legislation, on March 10. Delbene is the vice chair of the Ways and Means Committee, and is the chair of the House New Democrat Coalition caucus.

There is no federal data privacy law, which has forced some states to pursue their own consumer data policies. That includes California and, recently, Virginia. Some have said the concern is that there will be a patchwork of different privacy legislation that may end up just confusing Americans.

“We need a uniform set of rights for consumers and businesses standards to follow in the digital world,” DelBene said.

The bill states that companies must provide privacy polies in plain language, must allow users to opt-in for personal information gathering, must disclose who personal information is being shared with, and must submit to privacy audits every two years. The federal law would also give the government the ability to preempt existing state laws.

Simon Rosenberg, president of New Democrat Network, said about the bill that, “together, we have a lot of work to do in the coming years to restore the promise of the Internet. One of the areas of greatest need is creating a single working privacy standard for the United States.

“In her bill, the approach Representative DelBene takes to protecting Americans’ privacy is smart, measured, and will undoubtedly be highly influential in shaping the approach Congress takes in the days ahead. It is a very welcome addition to the vital debate underway about our digital future,” Rosenberg added.

The purpose of this bill is to ensure that privacy policies are transparent and clear. “Many consumers are given lots of information with lots of legal terms, that leads them to click the accept button without knowing what they have signed up for,” DelBene said.

“There is an urgent need for consumers to understand what data is being shared,” she added. “We want to make sure there is enforcement. The law says that this will be the responsibility of the Federal Trade Commission, so the FTC must have the resources to do this.

“I think my bill is focused on privacy specifically because I think it is foundational. We build on important things, such as AI, facial recognition, and all the other issues we need to address. If we don’t start addressing the issues of data privacy, it will be hard to imagine how it will the expansion of laws to address a broader set of issues that need to get ahead of.”

DelBene says she’s confident that Congress will follow the bill, despite many congresspeople who she said are hesitant to take that first step.