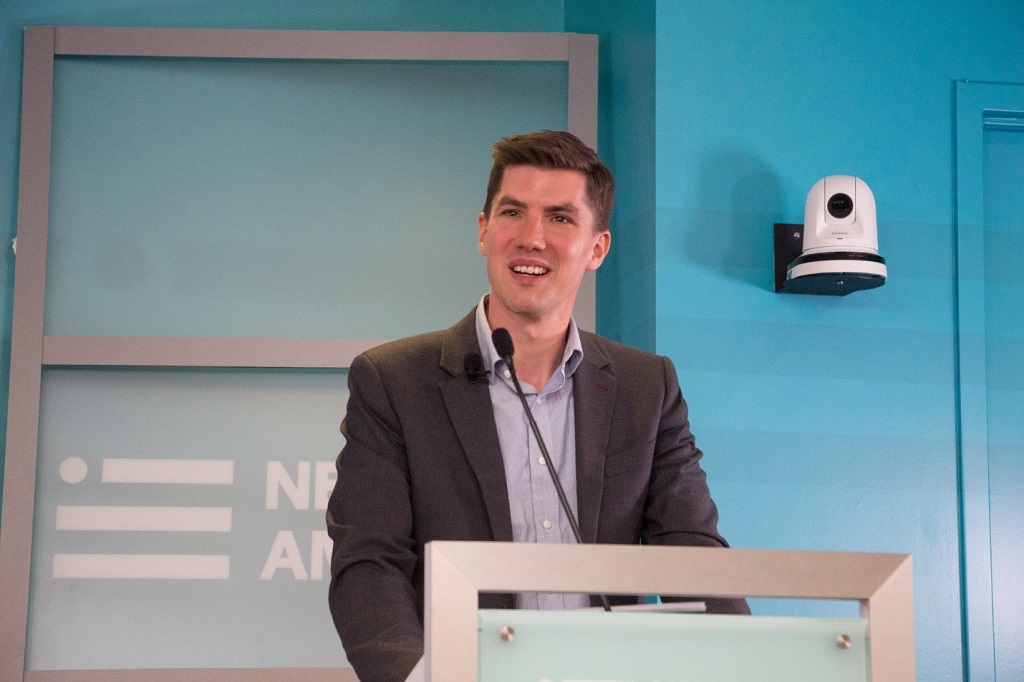 Photo of Claude Aiken of WISPA

April 29, 2021 – There’s no end in sight for criticism against the Federal Communications Commission’s Rural Digital Opportunity Fund, a reverse auction that rewarded funds to the lowest-bidding companies for building broadband into unserved rural areas.

“Many policy makers and communities see the results as highly problematic and have roundly criticized the outcome, leaving us to ask: Is the FCC’s reverse auction fatally wounded or just bloodied?” wrote Ziggy Rivkin-Fish in an Op-Ed for Benton Institute. “The biggest gripe about the auction results is that many bidders won on the basis of speed and latency claims that are widely believed to be unrealistic at best, and downright wrong at worst.”

Fixed-wireless service in urban areas can achieve higher connection speeds above the FCC’s 25/3 megabits per second standard, but in rural areas where line of sight and distance to towers provide a greater challenge, fixed wireless may not even see service that meets that minimum criteria for some consumers.

Another issue is Elon Musk’s satellite provider Starlink that won almost a billion dollars in the auction based on nascent low-earth orbit satellite technology. The FCC had previously expressed hesitation about using tax-payer money for experimental broadband technology, wrote Rivkin-Fish. But the agency apparently changed their stance, as the company won a considerable chunk of the $9 billion pool, which “effectively broke the auction design,” Rivkin-Fish wrote.

The FCC is now in the process of reviewing the long-form applications for the winners, determining if the providers can actually deliver their promised broadband service.

In light of the criticism levied against smaller rural providers, Wireless Internet Service Provider Association CEO Claude Aiken has said he trusts the FCC’s ability to vet the auction winners.

The COVID-19 pandemic has brought worldwide hardship for companies, but not the tech industry, including Google, which saw a 34 percent boost in revenues over the previous year.

The tech giant’s primary revenue comes from ads, with $31.9 billion in the first quarter of 2021, almost $8 billion more than a year ago. YouTube ads brought in another $6 billion, up from $4 billion.

Google’s parent company Alphabet yielded $17.9 billion in profit, an increase of 162 percent. 44 percent of Alphabet’s revenue originated from Asia, compared to 33 percent in the U.S., according to the report.

“This isn’t to say it’s all sunny driving in the Googleplex,” Belton wrote, “Google faces a tough year in the gunsights of prosecutors and legislators, in Washington, London and Brussels.”

Google has come under fire from Washington on several occasions, including lawsuits filed by the Department of Justice in December last year and a recent congressional hearing that targeted Google, Facebook and Twitter on social media problems.

The California Emergency Technology Fund, a non-profit advocacy group focused on closing the digital divide for California residents, in partnership with the University of Southern California, found that access to devices for remote learning improved over the course of the pandemic but with some economic and racial disparities.

Of 575 parents with K-12 students surveyed, the results for child-per-device ratio showed that white families had the highest ratio at 97 percent, while the lowest ratio was Hispanic families who primarily spoke Spanish, coming in at 92 percent.

The move to remote learning during the pandemic had a large impact on the number of devices for each household. The survey reported that 72 percent of families had at least one device loaned to them by the school district, and 76 percent had received the device after the onset of the pandemic.

Reliable broadband connection was also a factor, with 78 percent of respondents reporting that their children “always” had access to internet for classes, 16 percent reported “sometimes but not always” and 6 percent reported “rarely” or “never.”

The survey was conducted between February 10 and March 22 in English, Spanish, Mandarin and Vietnamese to reflect population patterns. The overall sample error was 2 percentage points with a 95 percent confidence level. According to the survey report, “the results are weighted for age, gender, race/ethnicity, education and region based on totals from the American Community Survey.”

The Statewide Broadband Adoption Survey has been running since 2008.