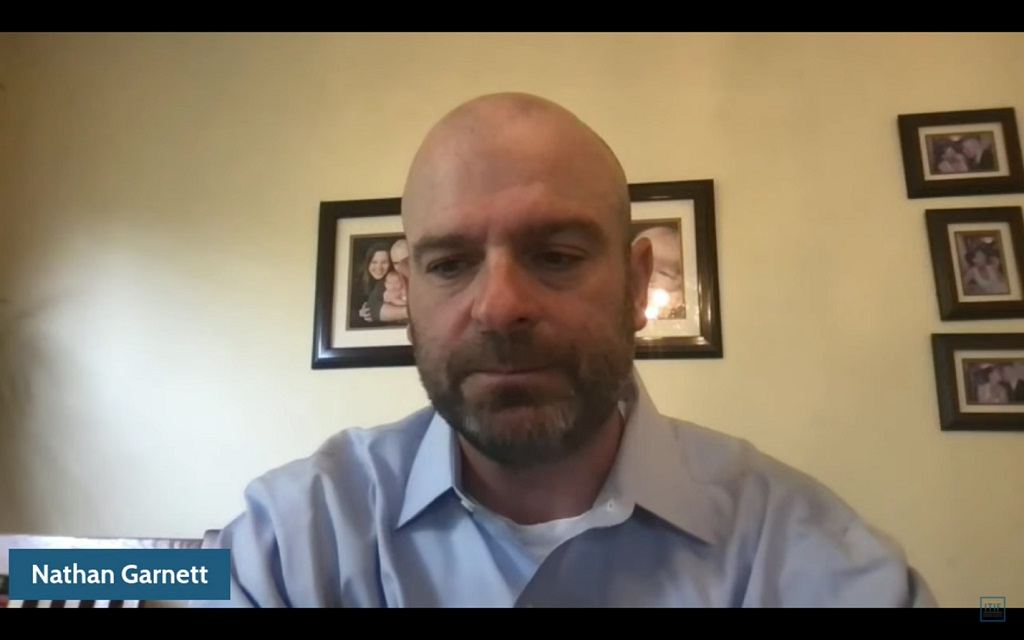 Nathan Garnett, general counsel at OfferUP, at the ITIF event

May 27, 2021—Emerging legal rulings holding online retailers liable for defective third-party products could cause a ripple effect of lawsuits if more courts across the nation adopt that position, according to a panel of legal experts at an event hosted by the Information Technology & Innovation Foundation on Wednesday.

Product liability law has traditionally held that the “seller” of products are responsible for the defects those products may have. You buy a curling iron from Target, for instance, not directly from Dyson. Target is the seller, and in the case of product defection, Target may be the responsible party.

But Amazon has avoided the legal distinction of seller until recently by arguing that they merely act as the middleman in transactions, and that when items are purchased from its website, business is done directly with the manufacturer, which would be responsible in any legal proceeding. Some have argued that this insulation from liability has made e-commerce companies like Amazon far too powerful.

But two rulings in California and one outstanding case in Texas are challenging that assumption.

In one of the California cases challenging the precedent, Angela Bolger bought a laptop computer battery from Amazon.com. The listing for the battery identified the seller as “E-Life,” a company that doesn’t actually exist (Lenoge is the technical company, which wasn’t listed). Several months after the purchase, Bolger was severely burned when the battery she ordered exploded.

In an appeal, Bolger’s lawyers argued that because the package passed through an Amazon-branded warehouse, was prepared for shipment in Amazon-branded packaging, and then sent to Bolger, Amazon is classified as a distributor of the product. Amazon placed itself between Lenoge and Bolger in the chain of distribution, which, according to her lawyers, should make them a responsible party. And the jury agreed.

In the second California case, the trials court sided with Amazon when the plaintiff filed suit for sustained injuries stemming from a defective hoverboard, which she purchased from a third-party seller off of Amazon’s website. The Court of Appeal reversed the trial court’s ruling, however, applying the Bolger ruling and confirming that the ruling properly applied strict product liability law to the facts of its case, and was therefore correctly decided.

McMillan v. Amazon.com is currently being heard by the Texas Supreme Court—the first time this legal precedent has crossed state boundaries. Robinson believes that the precedent crossing state lines could be a sign of a shift in legal attitude toward online retailers nationwide.

Taken together — if the Texas court rules similarly to the California cases — a trend may emerge in which other states follow suit and label Amazon a seller, holding them liable in intermediary liability cases.

“I’m not exaggerating when I say this is probably the most important product liability issue that’s arisen in the past 50 years,” said Jeremy Robinson, a partner at law firm Casey Gerry.

While all of the panelists present at the event said they could understand the legal rationale distinguishing Amazon as a seller, some saw brewing legal storms underneath, such as how the law would be applied to other online retailers like eBay and Etsy.

“When you buy a product off Amazon you don’t interact with the third-party seller, you interact with Amazon,” Robinson says, “and all of these things basically make Amazon a retailer. So, Amazon should take the responsibilities of being a retailer, as well as the benefits—and obviously they’re getting a lot of benefits.”

“Where do you draw the line?” Robinson later asked.

Other ecommerce websites like eBay and Etsy have a more direct relationship between sellers and buyers. Amazon may be an easy target because Amazon doesn’t always make it clear who exactly you’re doing business with, but that doesn’t mean that other online marketplaces will remain exempt from the liability protections they have previously enjoyed.