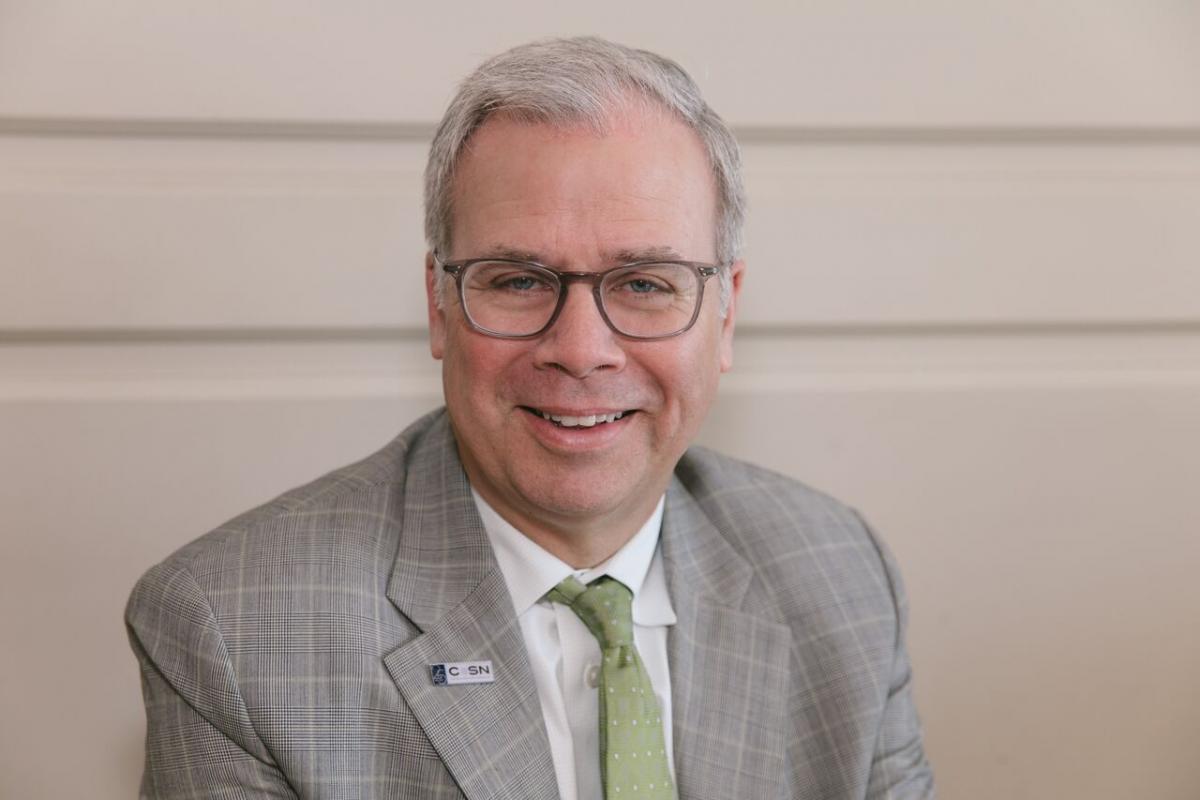 Photo of Keith Krueger, CEO of the Consortium of School Networking, from Millennium Sustainable Education

May 8, 2021—The Consortium for School Networking recently published the “Student Home Connectivity Study,” which offered recommendations regarding distance learning during the COVID-19 pandemic.

The first such topic pertained to the ability of students to utilize video components of distance learning. Researchers noted that both asynchronous and synchronous videos were a mainstay in distance learning despite the high upload and download speed requirements necessary to sustain such a service.

According to the study, more than 85 percent of network traffic related to remote learning is just for video.

The study also noted that the use of video-intensive content is expected to continue to increase, and with it, the demand for faster, more reliable, broadband.

It can be demanding enough to have a single student both downloading and uploading video content at once, but researchers found that 70 percent of students live in households with at least one other student. Without sufficient download and upload speeds, students were unable to engage in distance learning uninterrupted.

The second topic reflected student behavior and habits when using broadband—namely, that students are highly mobile and rely on Wi-Fi to access distance learning services. Of the students surveyed, 92 percent used Wi-Fi rather than a wired connection. Now that students are no longer required to attend school in person, researchers observed that many would engage in class from public spaces, a classmate’s home, or even from a different city or state.

The study also noted that students are typically not using Wi-Fi on a single device, and that in addition to a laptop or desktop computer, many also had smartphones and tablets that competed for bandwidth.

Compounding the issue is that many of the students surveyed possessed services that could provide sufficient broadband speeds, but they were using outdated hardware that weakened their Wi-Fi connections. Additional factors such as router location and house construction also presented obstacles to Wi-Fi use.

The third category were issues related to community distance learning in underserved communities, particularly in rural areas. The Federal Communications Commission and legislators have recognized that, for some, the rural broadband experience can be similar to the broadband experience in the inner city.

The study indicated that even students living in areas about the average socioeconomic status did not automatically have access to sufficient broadband for distance learning.

The final topic juxtaposed students’ distance learning experience to the quality of the devices they had access to. Unsurprisingly, students with older devices or devices with limited memory or processing power often had a worse experience than students with newer and/or more powerful devices.

Processing speed, memory, CPU utilization, application limits, the quality of Wi-Fi antennae, and Wi-Fi access frequencies were all metrics that were considered when evaluating devices. The worse those items were, the worse the experience generally was for the students surveyed.

The researchers made several recommendations to address these topics. Some of the recommendations were about taking advantage of existing programs, like the Emergency Connectivity Fund, and leveraging state and federal funds to provide better services for students. Some of the services exampled were Wi-Fi hotspots on buses, at stadiums, and other public areas that students could access to do their classwork.

Other solutions involved working with ISPs to ensure that community needs are addressed in an affordable manner. One such example was ISPs providing free satellite internet to households unable to afford a broadband subscription. Researchers also suggested that local school districts establish CBRS and LTE broadband services to affordably transmit data packages to students.

The study also provided a list of criteria that school districts should consider if they decide to purchase and loan devices to students. They included obvious things such as Wi-Fi capability, but also included items that can be easily overlooked, such as an integrated webcam/microphone and a headphone port.

Even as the pandemic appears to be drawing to a close, distance learning will likely continue to play a significant role in how students learn for the foreseeable future.