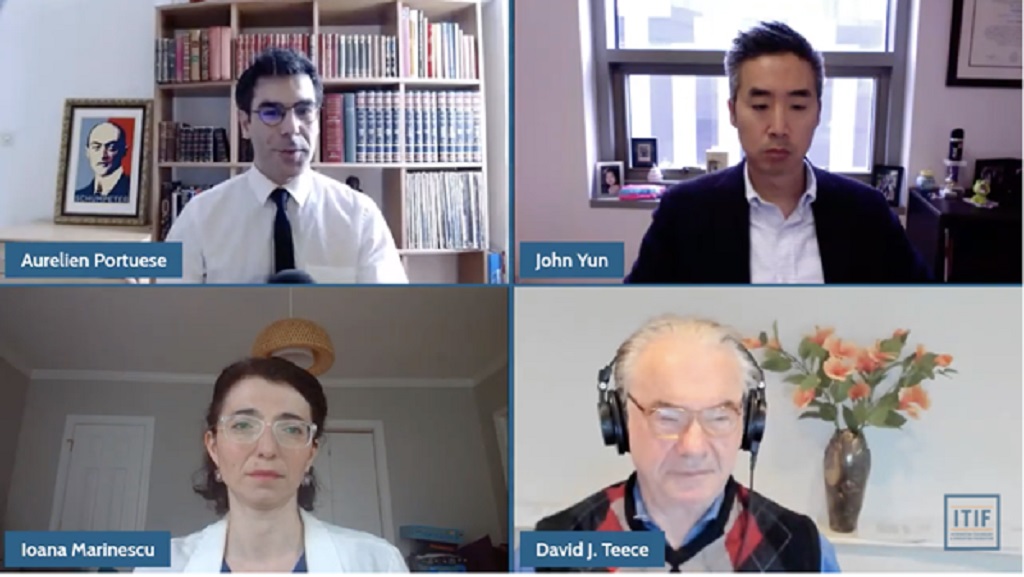 June 7, 2021– Experts said that the best way to promote innovation and technology advancements, including advancements by large tech companies, is to spur on and allow greater competition between companies.

On a panel hosted Friday by the Information Technology and Innovation Foundation, three experts defended large tech companies against those who would use antitrust law against them.

“The fundamental problem of antitrust is how to encourage innovation but not necessarily punish the winners,” said Ioana Marinescu, professor at the University of Pennsylvania.

She and the other panelists said that larger companies are not always monopolies: Sometimes they are simply punished for being successful.

The public looks at major corporations and thinks they all exercise monopoly power, even though that is not true, said David Teece, professor at University of California, Berkeley.

“Big tech is profitable, but it’s not because of restraints on competition,” he said. “It is because of the very successful innovation driven competition.”

Still, the experts said that a balance must be struck between encouraging enough competition that there is innovation, but not too much competition that it is not profitable for any one company to be in the marketspace.

“The problem with regulation is that if you get it wrong initially, I don’t think that’s a fix that’s easy to unravel,” said John Yun, professor at George Mason University.

“These markets have a great deal of innovation,” he continued. “The question is: Are they engaging in conduct that’s hampering that innovative process?”

When discussing whether tech markets are “broken” or not, there was general agreement that remains much room in which the digital market may grow, so long as big tech companies continue to operate by legal means.

Marinescu did say that the network and data aspects of digital platforms do act as utilities at times, which can make them harder to regulate.

All of the panelists agreed that there is much to be learned from the antitrust cases being filed.

Section 230 Has Coddled Big Tech For Too Long, Says Co-Author of Book on Amazon