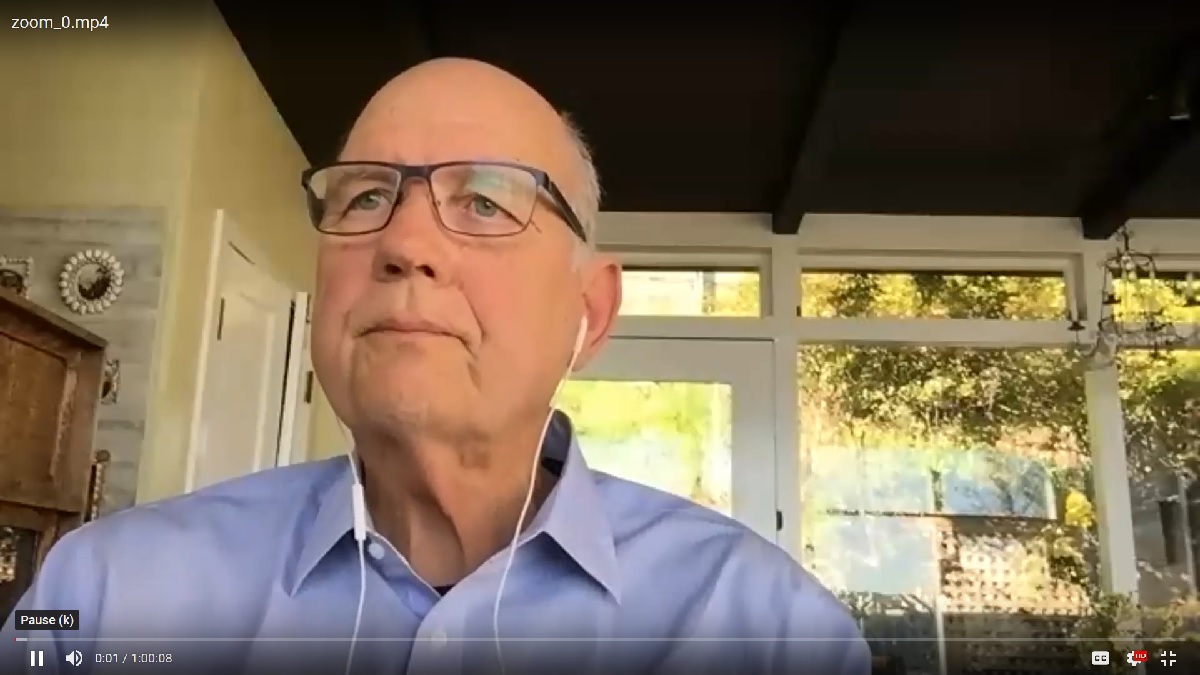 Photo of Don Means of the Gigabit Library Network

Soon after the beginning of the pandemic, the group has been hosting sessions around the theme of “what is a library when a physical building itself is closed.”

Individuals and institutions receiving early access to Starlink are finding that the service can perform at higher speeds than traditional satellite services because of a shorter round trip from earth to satellite. And the service priced the same, whether the customer is in south Chicago or inner Mongolia.

The Torréon Community Navajo Library in New Mexico was an early beta customer. Participants in the webinar said that Starlink may do for rural broadband what libraries did for early internet access in the 1990s.

The goal is to connect everybody to the internet

The other focus of the Gig Libraries meeting was around the role libraries play in promoting “smart cities.” Libraries, panelists said, are among the last institutions that enjoy widespread public trust.

In Chattanooga, Tennessee, the Smart City Collaboration has used the resources of its technology corridor to help close the homework gap. Some families are receiving 100 gigabits per second (Gbps) for free for the next 10 years.

“How we collect information and what we do with it is important” says Debra Socia. The lack of transparency and trust is a main concern for communities, many even worry that the technology could be used to spy on them.

Libraries don’t want to jeopardize their trusted position in the community by failing to disclose the way they use data about individual library patrons.

As public algorithms become more apparent in our everyday life, libraries in particular must assume greater responsibility to inform the public on how technology and data use impacts people, panelists said.

“I don’t think libraries should be in the role of marketing, but rather [should] inform the public whether a decision that is being made with the use of technology is right for them,” said Ellen Goodman, law professor at Rutgers University.

Libraries serve a public function when they share information, including information about audit procedures, policy developments and workshops around the real-world implications of technology usage.