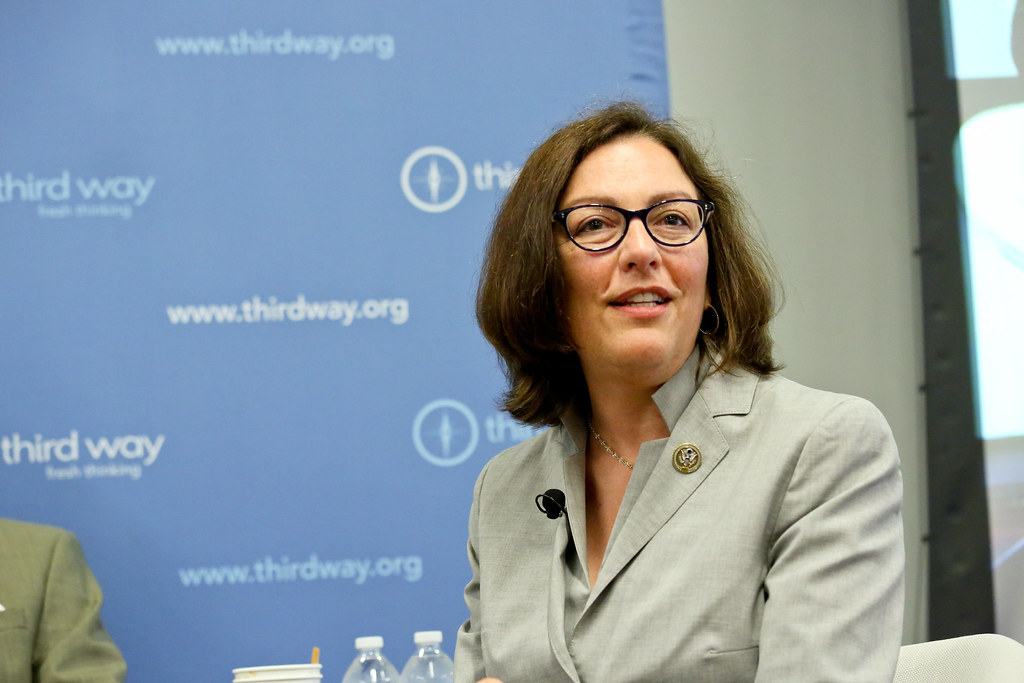 June 1, 2021—Federal leadership and global collaboration will be key if the United States hopes to remain at the forefront of technological innovation and compete globally in the coming decade, finds the Report of the Commission of Geopolitical Impacts of New Technologies and Data.

Lawmakers and technology experts gathered on May 26 at an online conference hosted by the Atlantic Council to acknowledge the report’s importance and highlight the need for a national strategy to implement the report’s findings.

“The advancing speed, scale, and sophistication of new technologies and data capabilities that aid or disrupt our interconnected world are unprecedented,” the executive summary of the report says.

“As a result, governments, industries, and other stakeholders must work together to remain economically competitive, sustain social welfare and public safety, protect human rights and democratic processes, and preserve global peace and stability.”

The report lists seven specific areas of focus that it recommends the United States government invest in and plan for.

Sen. Mark Warner, D-Virginia, says that collaborating with other democracies on establishing critical technological infrastructure will be necessary if we hope to compete with China’s growing economy, which is bolstered by its technological investments. He says that democracies worldwide must come together and establish common rules for technology regulation that compliment democratic ideals.

Rep. Suzan DelBene, D-Washington, says that no significant federal standard exists that regulates or consolidates technological enterprise. She believes that we must build private and public relationships that ensure technologies “are used equitably [and] That they protect civil rights, human rights, civil liberties, reach all types of communities and still promote innovation.”

Space operations for the public benefit

The report says the government should help foster the growth of the space industry in order to “leverage the increasing capabilities of large commercial satellite constellations.” The United States has offered subsidies and grants to both Elon Musk’s SpaceX and Jeff Bezos’ Blue Origin. In December, SpaceX’s Starlink broadband project received nearly $900 million from the Federal Communications Commission’s Rural Digital Opportunity Fund.

The report emphasizes the need for network and data security, calling for new and innovative methods in both the public and private sectors to secure digital environments. It encourages investment in new computing and software designs that strengthen cyber defense.

Enhanced trust and confidence in the digital economy

The report says that governments and private industries should establish new frameworks for data that incorporate “security, accountability, auditability, transparency, and ethics,” in order to maintain credibility in the digital ecosystem. Consumer confidence and trust will be an essential element to building a sustained measure of public investment that will allow the technology industry to continue to thrive in the coming decade.

Currently, much of the supply that sustains America’s technological industry originates overseas, which, while good for foreign trade, poses a potential threat. Foreign governments could potentially weaponize the supply chains that grow America’s industry, and stunt both our economic and technological progress.

To prevent this, the report argues, “the government should develop procedures and allocate resources to achieve sufficient resiliency,” in order to ensure the economic security of the United States.

In March, FCC Acting Chairwoman Jessica Rosenworcel said diversifying the country’s networks, including the use of open radio access networks, would not only help with cost-savings but also with security.

The report claims that all of the infrastructure investment and planning the United States can undertake will be useless if it fails to invest in its own people. To meet the challenges we’ll face as a Nation in the coming decade, the private and public sectors must come together to help educate and create a digitally fluent workforce that can help implement, maintain, and develop the growing digital infrastructure.

In order to protect the country from further health and climate disasters, the report says that the government should utilize available technology to create models that act as an early warning strategy against future health catastrophes.

Craig Settles: Libraries and Telehealth on the Vanguard for Broadband 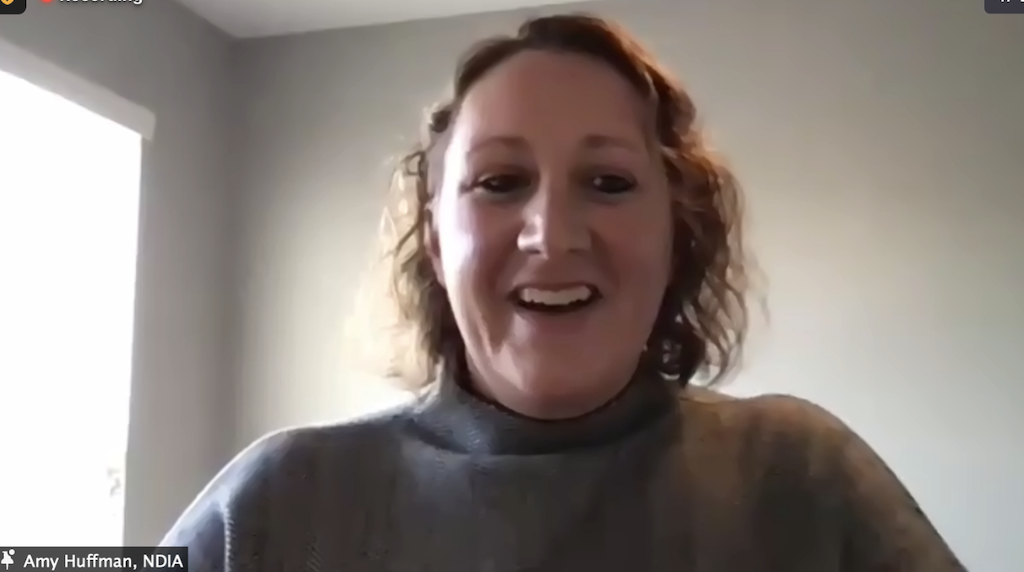 “You’ll see that ethos has made its way throughout all of the both the Digital Equity Act and the Broadband Equity Access and Deployment program” of the broader legislation.

The Digital Equity Act codifies the definitions of “digital equity” and “digital inclusion.” Digital equity is our “goal,” said Huffman.

“That’s what we’re trying to achieve, we want to make sure that we live in a nation where everyone, every individual and community has the capacity for full participation in our society, democracy, and economy,” she said. Digital inclusion involves the programs, policies and tools that help the nation achieve a digitally equitable state.

The Act also creates three grant funds. Administered by the National Telecommunications and Information Administration of the Commerce Department, the digital equity competitive grant program will supply money for states to do digital equity work.

Each state will receive at least $100 million, and use an additional formula for determining how much additional funding states receive. Eligible grantees are all U.S. states, Puerto Rico, and U.S. territories. Subgrantees can be cooperatives such as telephone or electric member cooperatives, non-profit organizations, and public-private partnerships.

Each state’s plan funded by these grant programs must create “measurable objectives for documenting and promoting various digital inclusion activities that will advance the covered populations pursuit of digital equity and closing of these barriers,” Huffman said.

“The states are already in charge of so economic development workforce development health outcomes, etc. so they want the state to think holistically, about how they’re doing around digital equity will help them achieve their other goals.”

Despite General Satisfaction with E-rate Program, Tribal Libraries Are Being Left Behind

Tribal community leaders are concerned over the effectiveness of outreach methods the FCC uses to fund broadband in tribal libraries. 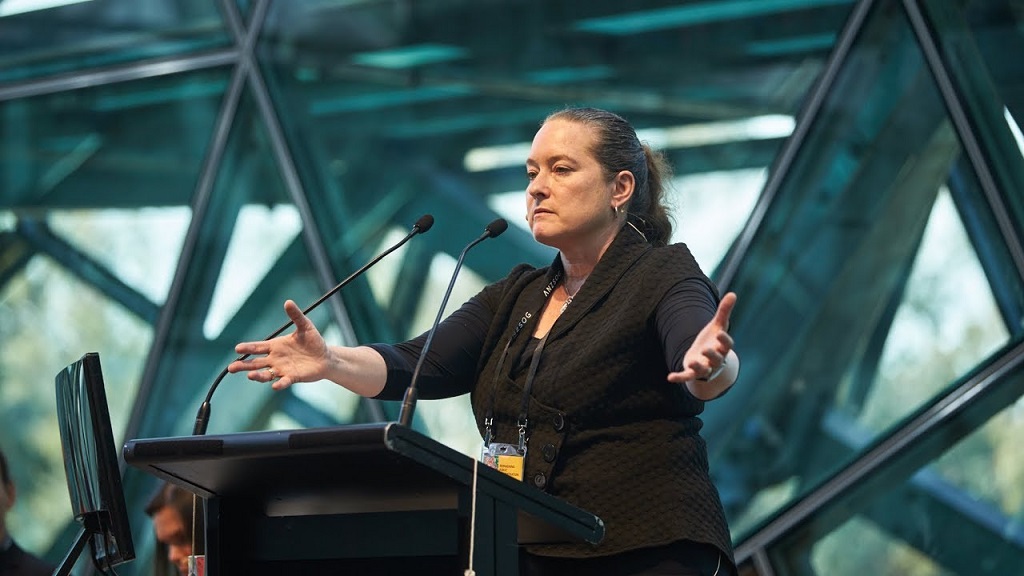 Miriam Jorgensen, research director of the Native Nations Institute at the University of Arizona

WASHINGTON, November 1, 2021 – Leaders of efforts to expand broadband in Indigenous communities are sounding the alarm to the Federal Communications Commission, saying that its E-rate program to supply libraries with funding for internet infrastructure is not effectively aiding tribal libraries despite extensive use of the program by non-tribal libraries.

Separate events held Wednesday heard this contrasting experience, when in the morning, E-rate compliance service firm Funds for Learning held a session to share generally positive experiences from a survey it conducted of what E-rate applicants thought of the program, and specifically its application portal. The program, which is supported by the Universal Service Fund, provides schools and libraries with broadband subsidies to keep students connected.

Hours later that day, the FCC held a virtual listening session for tribal leaders and staff to address a lack of E-rate broadband funding requests from tribal libraries.

“Many of those who had felt that the program was too complicated to apply for,” she said.

Susan Feller, president and CEO of the ATALM, said that tribal libraries do not see relevance for themselves in E-rate funds.

Also brought up in the meeting as a possible explanation for the rarity of E-rate applications from tribal libraries was that the libraries often have a low staff capacity and seldom employ grant writers or part time employees who could assist in applying to funding opportunities.

According to Jim Dunstan, founder of Mobius Legal Group and lawyer for the Navajo Nation, many tribes are both E-rate providers and applicants for E-rate funds, causing technical problems during application for E-rate funds.

The Funds for Learning’s survey found that 73 percent of respondents planned on submitting an E-rate broadband funding application in 2022, with 46 percent saying they felt “strongly” that they would apply. Connectivity results for Indigenous nations are still low, as FCC Emergency Connectivity Fund money has gone to tribes in just nine states, while strong digital infrastructure remains rare in many Native American communities.