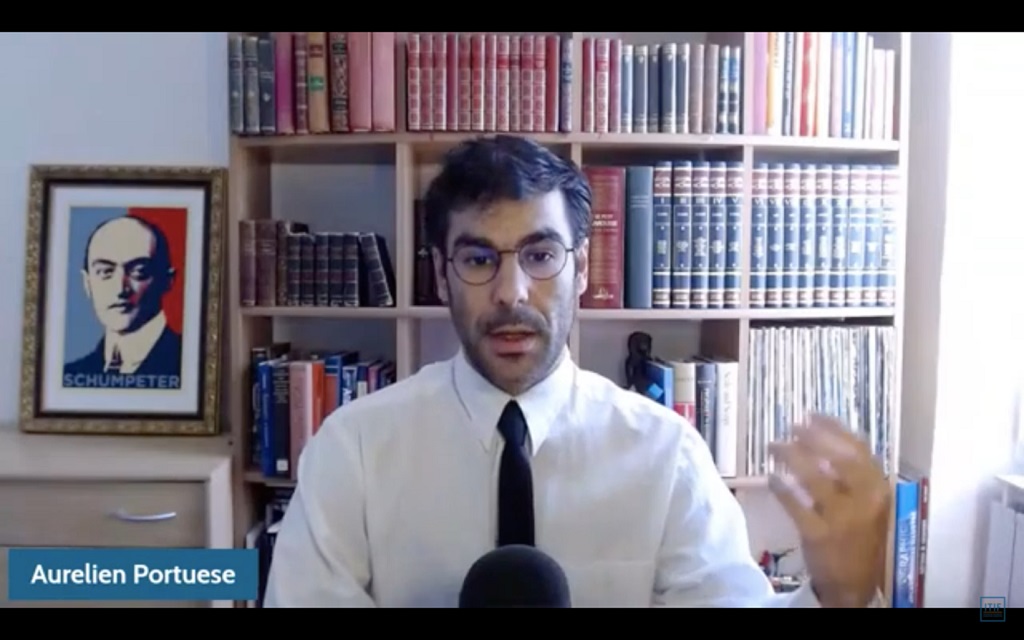 Aurelien Portuese of the Information Technology and Innovation Foundation

July 1, 2021—Legal experts and economists disagreed Wednesday over whether a standardized model of antitrust regulation should be established and regulated by the World Trade Organization.

Aurelien Portuese, the director of antitrust and innovation policy at the ITIF, said some countries use antitrust enforcement as a means of economic warfare, punishing foreign industries to boost their domestic competitors. He said all governments ought to play by the same “rules” of competition.

If some governments “try to not play by the rules of fair competition, then it’s the overall global welfare that will be undermined,” Portuese said on a panel hosted by the Information Technology and Innovation Foundation on Wednesday, which was discussing a “vision for international antitrust at the WTO.”

“All too often antitrust agencies make decisions in isolation, without considering other nations’ actions. With increased global economic integration, more antitrust decision regarding mergers have extraterritorial implications,” a report released by the ITIF in June said. “It is time for a global framework with enforceable principles to discipline nations that use antitrust for protectionist means.”

In early June, leaders from seven developed nations convened at the G7 summit and committed to find a “coherent way to encourage competition and support innovation in digital markets,” according to a report by the National Law Review.

Frederic Jenny, economist and chairman of the Organization for Economic Co-operation and Development (OECD), an intergovernmental economic organization that aims to stimulate economic progress and world trade, said developed nations such as the United States, the United Kingdom, and Japan already cooperate on competition policy, especially in the technology industry.

Jenny said smaller countries that are less apt employ antitrust measures in the same way because their goals may differ from that of larger, more developed countries. He said that enticing these smaller countries to play by the same rules would be an exceptionally difficult challenge.

“I think that going for hard rules at the world level is going to be particularly complicated, because I actually believe that we must accept the modicum of differences between competition laws,” Jenny said.

“We are talking about countries,” Jenny added, “that have different levels of development, different history, different legal systems, and you can’t have complete convergence in those areas.”