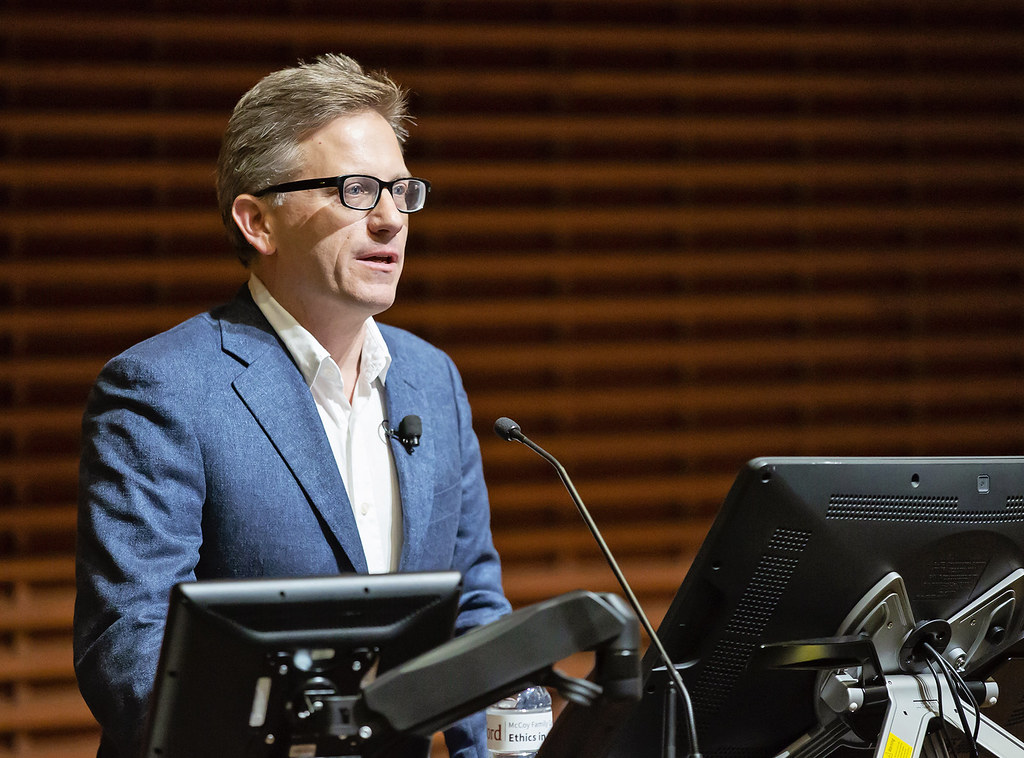 Rob Reich, one of three authors of a new book on Big Tech.

WASHINGTON, September 27, 2021 – Authors of a book about systemic problems in Big Tech argued Friday that antitrust regulators simply pushing for the breaking up of large companies will not solve the inherent problems that will inevitably spawn more of the same.

In an online event on Friday, professor at Stanford, Rob Reich, Mehran Sahami, and Jeremy Weinstein — in discussing a book they wrote and published earlier month called System Error: Where Big Tech Went Wrong and How We Can Reboot — said we won’t find a silver bullet in antirust or data privacy law when it comes to dealing with big tech.

“We’re actually going to have to tackle these issues by looking at the ethic of responsibility in technology companies, thinking about the corporate power that has been concentrated in a small number of firms, but also how we set in place a set of democratic institutions that are capable of governing tech.”

Breaking up a “couple large companies” or enacting a hypothetical “data privacy law” without addressing the underlying systemic roots of these issues, the authors’ said, will only doom the next great technological change to make the same types of massive generational harms which we’re tackling now.

Washington is on the cusp of a potentially monumental change in how it approaches big technology companies and the alleged market concentration of a handful from out west.

The House has before it six antitrust bills targeting big technology companies, which passed the chamber’s judiciary committee in June. The goal of the bills is to rein in the power of Big Tech through new antitrust liability provisions, including new merger and acquisition review, measures to prevent anticompetitive activity, and providing government enforcers more power to break-up or separate big businesses.

At the helm of the Federal Trade Commission, which has taken Facebook to court over alleged anticompetitive practices, is Amazon critic Lina Khan. And enlisted to help with the Department of Justice’s antitrust matters is Google critic Jonathan Kanter.

At an Institute for Policy Innovation event on Wednesday, observers were worried that there is emerging a drastic approach by Washington that views “big is bad,” and that attitude could stunt smaller companies wanting to make it big.

One systemic issue Reich raised is that while technology is often seen as objective and value neutral, it is truly encoded with the values of the technologists who created it. Technologists are the only ones who have “a say” in the trade-offs and decisions made at a fundamental level in the creation of new algorithms, machines and platforms. “Any technology encodes within it a set of important choices that we all ought to have a say in refereeing,” he argues.

Questions of specific regulatory and policy decisions are fraught with drawbacks and reconsiderations. In this vein, Sahami stated that “sometimes people wonder if I took Facebook and broke it up into 10 little Facebooks would that solve the problem? And by itself it probably wouldn’t unless we got some really strong interoperability guarantees that allowed for information to migrate between different platforms.”

Without such interoperability, Mehran worries, we would just see a “reconsolidation” of the platforms.