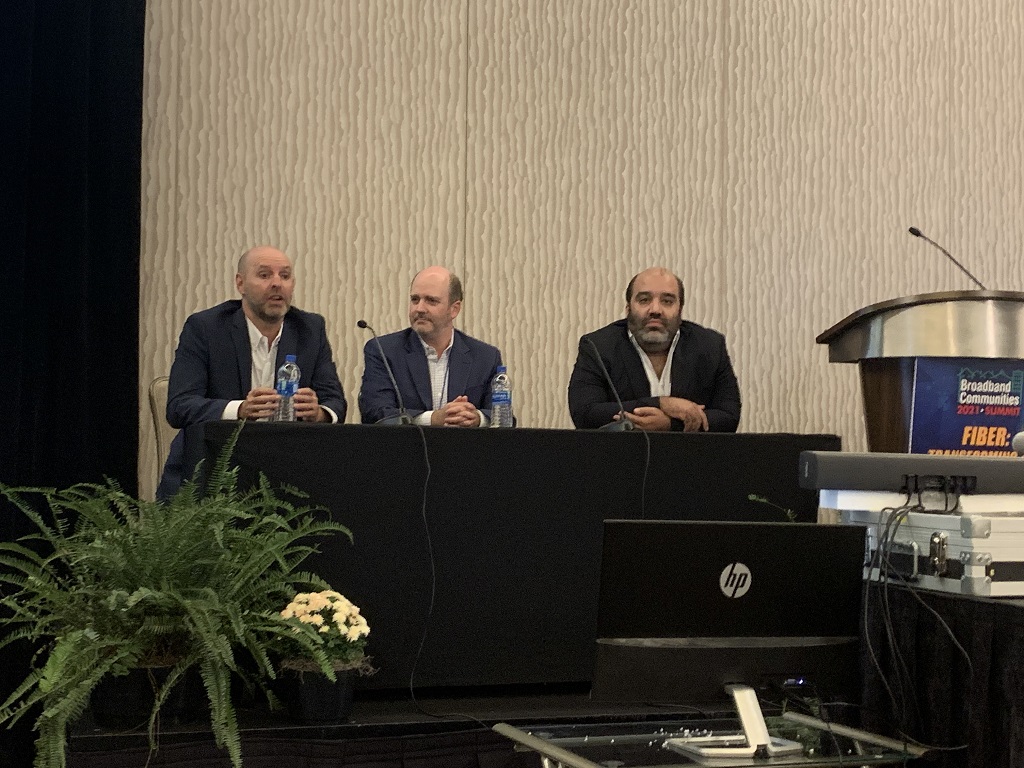 HOUSTON, September 28, 2021 – Tensions emerged Monday when the topic of open access networks pitted municipalities in favor and private companies against the idea of sharing infrastructure with other telecoms.

Ramiro Gonzalez, director of government and community affairs for the City of Brownsville, is working to bring Brownsville away from being the least connected city in America. His team’s action plan was created during the pandemic working through many models and opportunities. They have allocated 19.5 million dollars into building the middle mile network for Brownsville.

Open access networks have been a topic of great interest, as cities and states try to figure out how to expand broadband infrastructure. The broadband portion of the infrastructure bill that is expected to be voted on in the House on Thursday will give money to the states and cities to divide. Telecoms have been concerned that builds by municipalities, who then allow other telecoms to ride on it, would effectively replace the incumbents. Republicans in some states have even sought to limit community networks.

But some have suggested that the issue must be framed as more cooperation with providers rather than an existential crisis for them, while others have even said municipal broadband networks with open access provisions could help alleviate competition fears.

Carter Old, co-founder and president for Tachus LLC, approaches networks with one hundred percent buried fiber due to events like hurricanes and floods that have been a tragic part of the recent history of Houston, where Tachus primarily operates.

Tachus’ strategy is to bring a “blazing fast pipe of internet” and from there “allow the customer” to decide what internet experience to bring to their home. “In order to deliver hands down the best customer experience,” said Old, “we feel that owning and maintaining our network is the best way to do that.”

For Ting Internet’s Monica Webb, having too many providers on the same pipeline could potentially create a financial problem whereby a price war would leave some providers without much profit.

John Burchett, head of public policy for Google Access and Google Fiber, noted that building broadband infrastructure is slow, and that Google Fiber is “picking up steam” to penetrate suburbs and small towns.

“With every passing day there’s a new model out there,” he said, stating that there are many paths to building broadband infrastructure. Though he said that Google would be interested in providing an open access network on which it would compete against other providers, he clarified that, “I don’t think you’re going to find any provider who will build a fully open access model,” though he made clear that Google has offered service on shared or leased networks before.

One problem Burchett raised is the lack of choice that the majority of America is facing, alluding to a middle ground between local monopoly and an over-saturated market.

Focus of Broadband Expansion Should Be On Last Mile, Says President of CETF