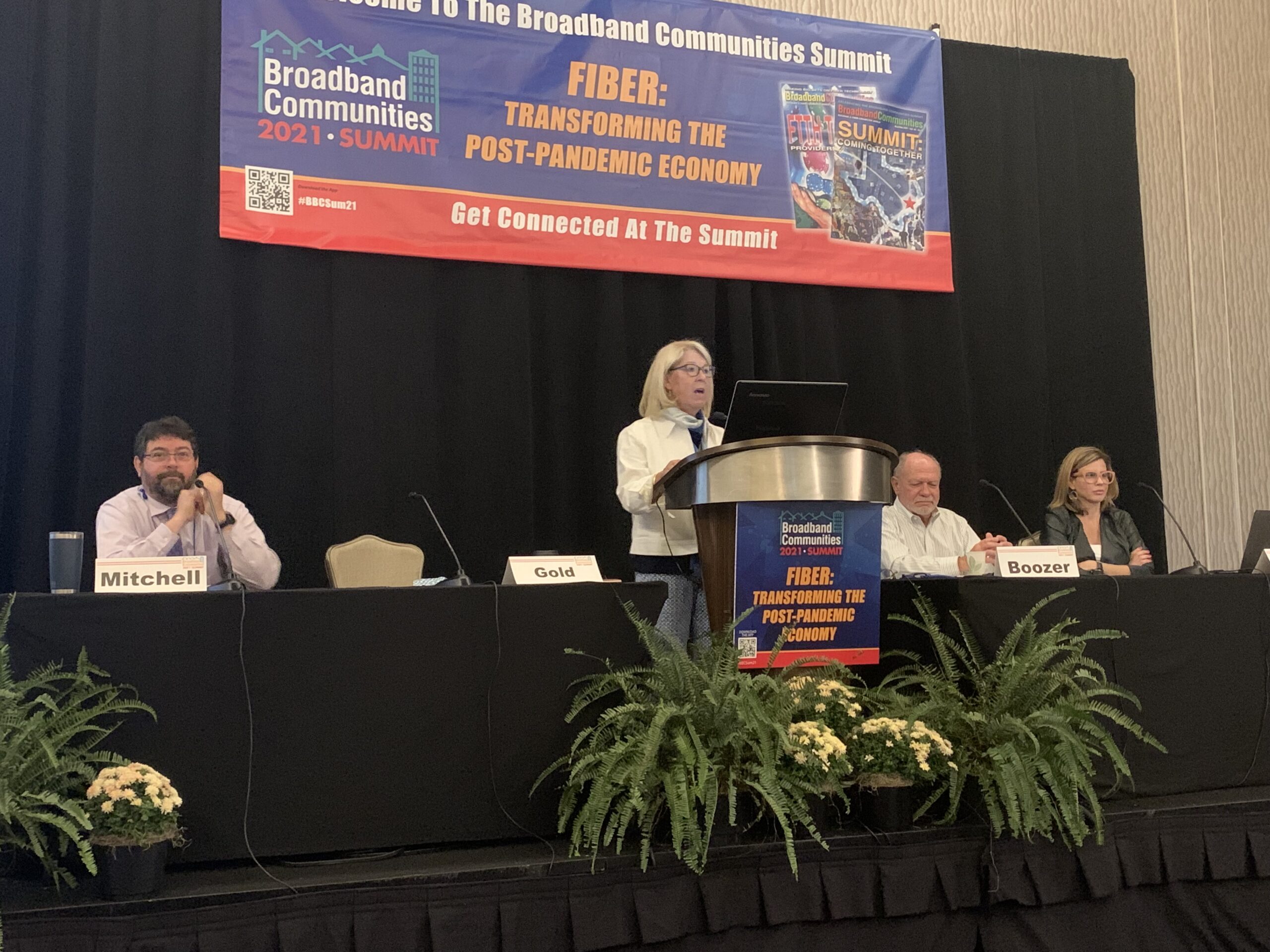 HOUSTON, September 30, 2021 — The open access model is picking up steam, and historic investments coming down the pike could make this an opportunity for the model to flourish, according to experts at the Broadband Communities Summit on Wednesday.

“I am trying to figure out if there is increased interest in open access or if it is more viable now [due to modern technology],” said Christopher Mitchell, director of the Institute for Local Self-Reliance, an advocate for community broadband. Open access networks allow multiple internet service provider to rise on the same infrastructure, thus in theory increasing competition and driving down prices.

Mitchell said that while UTOPIA, a prominent fiber builder that uses an open access model, was once considered to be an error that advocates had to explain away, they have turned themselves around, and are now considered to be one of the leading examples of open access done right for the entire country.

UTOPIA chief marketing officer Kimberley McKinley has been with the company for more than ten years. During that time, UTOPIA has transformed from a blight on the record of the open access model, to a “leading light,” in the words of Mitchell. When explaining open access, McKinley likens it to an airport—a facility built by a municipal body but primarily utilized by private entities.

The model comes with several inherent benefits over conventional approaches, the conference heard. “When a community owns [the infrastructure] they’re going to build it to the specs they need,” McKinley explained. “Private [carriers] will employ cost-cutting methods wherever they can.”

Mitchell was quick to point out that speed is not the only important aspect of the open access model, though it is often one of the most prominent features. Jeff Boozer of ETI Software Solutions said that open access’s most important feature is that it allows service providers to specialize their service. Rather than investing their capital in the infrastructure to serve a community, they can invest in other solutions to better serve their communities.

For the model to continue to find success, Mitchell stated that efforts need to start with solid anchor ISPs and other organizations municipalities can trust, because if the ISP provides poor service, the whole model will suffer.

Though the panel unanimously agreed that there should never be a one-size-fits-all approach, they were all very supportive of expanding open access efforts, “In time, if we can demonstrate the benefits of open access, [more regions] will adopt it,” Mitchell said, “Once we hit 500,000-1,000,000 homes—then we’ll start to see serious innovation.”

With the infrastructure bill expected to see a vote Thursday, with billions in funding going to the states, experts at this year’s Digital Infrastructure Investment conference said the money could be the policy leverage needed to push the open access concept.