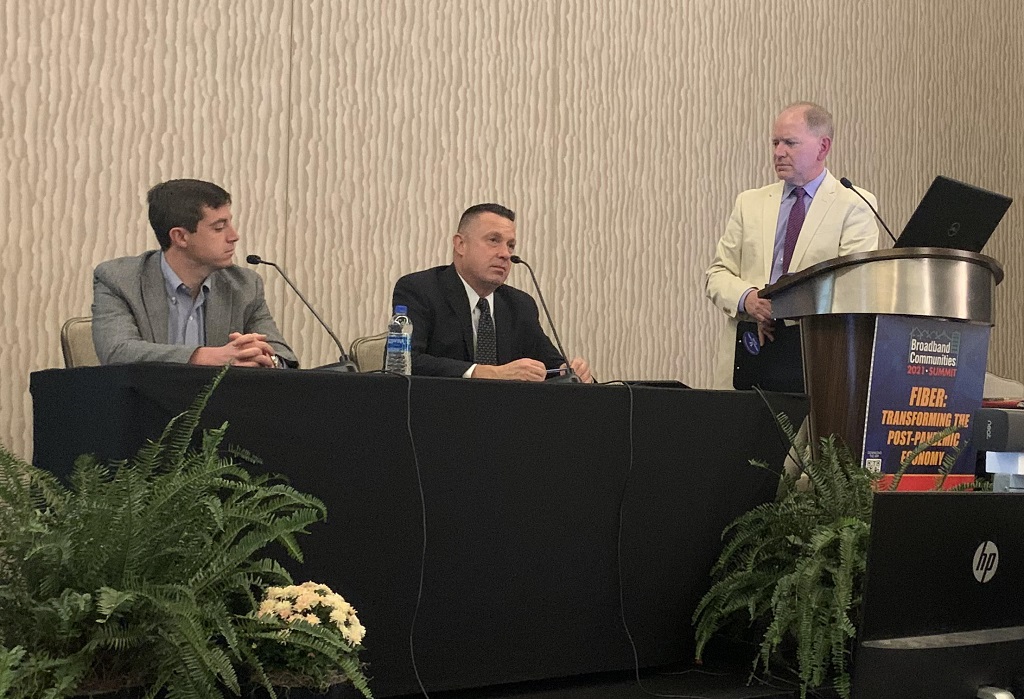 The experts hosted by Broadband Breakfast at the Digital Infrastructure Investment conference on September 27.

HOUSTON, September 27, 2021 – The pandemic and President Joe Biden’s infrastructure agenda are accelerating investments and mergers and acquisitions in broadband related ventures, according to panelists at the Digital Infrastructure Investment conference on Monday.

Experts hosted by Broadband Breakfast said trends that are emerging from the pandemic, the $1.2-trillion infrastructure bill that is now before the House and the Federal Communications Commission’s $9.2-billion Rural Digital Opportunity Fund, are bigger and accelerated investments not just in broadband, but in non-traditional markets.

“I think [the pandemic] it opened up new markets,” said Lindsay Miller, a partner at law firm Ice Miller. “Whereas for a long time investment was being made in the metropolitan areas, in the big cities, where the return on investment was pretty much certain and likely to be quick, now we’re seeing more investment in small-to-mid-sized cities and rural markets, especially because, in the pandemic, more folks may have relocated to those areas or stayed in those areas.

“So I think we’re seeing a lot of changes in terms of where these investments are taking place,” she added.

For mergers and acquisitions, James Wagar, a partner at Frontbridge Capital, noted companies are buying service providers at very high valuations and using government grants to upgrade the networks.

That strategy may benefit areas that need connectivity fast, as Ryan Carr, a partner at MC Partners, said when he described how some are using the FCC’s RDOF money. He used the example of winners of RDOF money who see that some local service providers can’t provide high enough internet speeds and so they buy the provider and just upgrade the networks.

“They view that as an easier way to get to market faster, rather than them going out and building that network all over again,” Carr said, adding it’s akin to a land grab as it’s not about a thirst for connectivity and how fast you can build out. “So you may be able to go out and buy a local WISP or local ILEC, or whatever it may be…and upgrade their infrastructure as a way to get to market faster.”

Carr added that he expects “continued M&A and a lot more institutional investor interest in this space and continued progress and accelerated investment.”

Local focus a big plus in infrastructure bill

Carr also noted that the infrastructure bill’s focus on state or city level funding, instead of being divvied out from the federal government will give more opportunities for smaller providers perhaps more attuned to their communities.

It gives a “lot of opportunity for smaller providers to access those funds, rather than it just going to a Charter or A&T. A lot of this is going to come down to, how good is your relationship with your local community and your local municipality,” Carr said.

Miller agrees, stating that this is a unique moment for partnerships and new approaches that can be taken for broadband expansion.

Wagar said in the pacific northwest, the state broadband offices are becoming more active and they “want to give the money away,” if you come with a viable plan.

The session was moderated by Drew Clark, Drew Clark, Editor and Publisher of Broadband Breakfast and Of Counsel to The CommLaw Group.