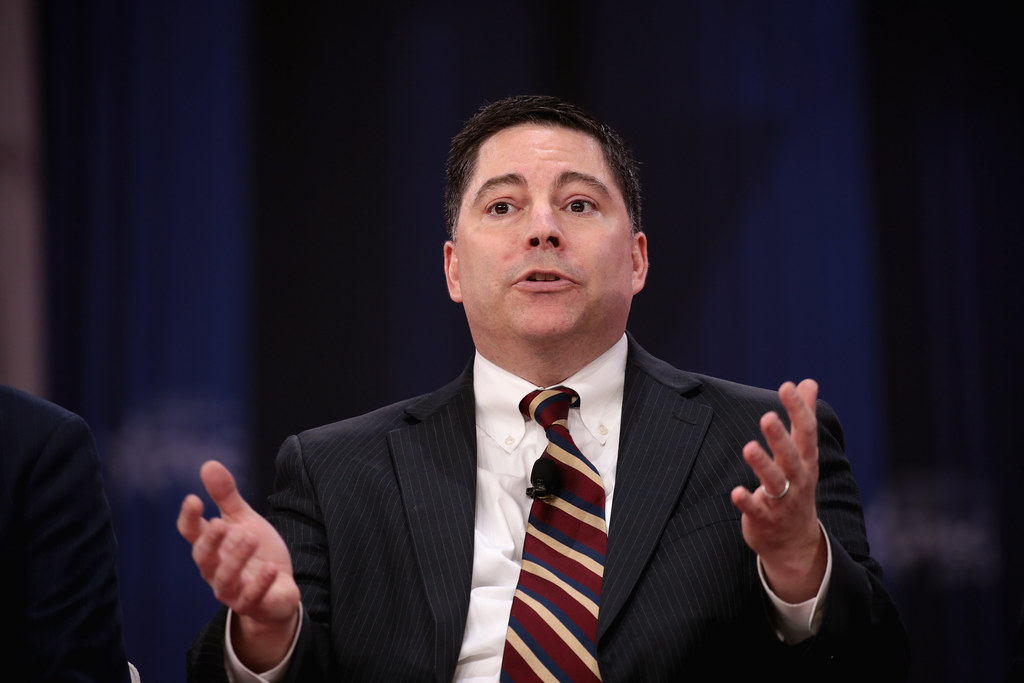 October 7, 2021 – Former Federal Communications Commissioner Michael O’Rielly said in a tweet that he is “completely perplexed” that President Joe Biden has not made permanent Jessica Rosenworcel as the agency’s head.

In the tweet, O’Rielly, who was speaking at the 6G World Symposium, said in an attached video that “there can be no greater progressive mindset in Liberal activist than Jessica Rosenworcel. She embodies those visions and principles and I respect her for those. I don’t agree with her on many of those, but you have somebody that actually knows the substance and actually can carry forward and make the agency work for those purposes.”

O’Rielly, who is a Republican and Rosenworcel a Democrat, said the current chairwoman is a friend of his and that he would “love for this [Biden] administration to pick some newbie that hasn’t been involved in these issues; I think that would just set them back a couple of years.

Rosenworcel – who was selected by Biden following his presidential inauguration as the interim leader following the departure of Ajit Pai – has had lawmakers vouch for her permanency. In a letter last month, senators representing 17 states asked Biden to solidify Rosenworcel.

Biden has a number of other options to make as FCC chair, as some have also speculated that Gigi Sohn, a former agency staffer with a track record on telecom-related issues, could be a frontrunner.

China Mobile is limiting its vendor contracts to Chinese telecoms Huawei and ZTE, according to a report from Light Reading.

The contracts are for equipment and services from the large telecom equipment makers for its 4G and 5G core network, the report said, citing Chinese media.

The decision follows Canada’s Innovation Minister telling the company it must divest from the country on national security grounds, but the two events are not clearly related. China Mobile is challenging the decision in federal court.

China Mobile was established in Canada in 2015 and had a partnership agreement with large Canadian telecom Telus to sell plans on Telus’ network. It said it cannot have influence on Canada’s networks because it does not operate any networks in the country.

Canada has yet to decide whether it wants to ban Huawei from the country’s core 5G networks due to concerns about ties to the Communist government.

AT&T partners with Frontier on business fiber outside its footprint

AT&T has reached a multi-year deal with Frontier Communications to bring fiber to large businesses outside of its footprint and support AT&T’s 5G network.

The deal will see AT&T use Frontier’s fiber network – where AT&T doesn’t have that kind of infrastructure – to reach business customers in 25 states, according to a Wednesday press release. The deal will also see the two partner to “strengthen” nationwide deployment of its 5G network, including using Frontier’s ethernet network to improve connectivity between cell towers and its core network.

“With Frontier building out its own fiber network where we are not building, we’ll be able to work together to provide large business customers with the high-speed, low-latency data connectivity they need to grow and thrive,” Scott Mair, president of network engineering and operations at AT&T, said in the release “As demand for broadband connectivity grows, we will be able to plug and play into Frontier’s network to support businesses and help grow our 5G mobility network for consumers.”