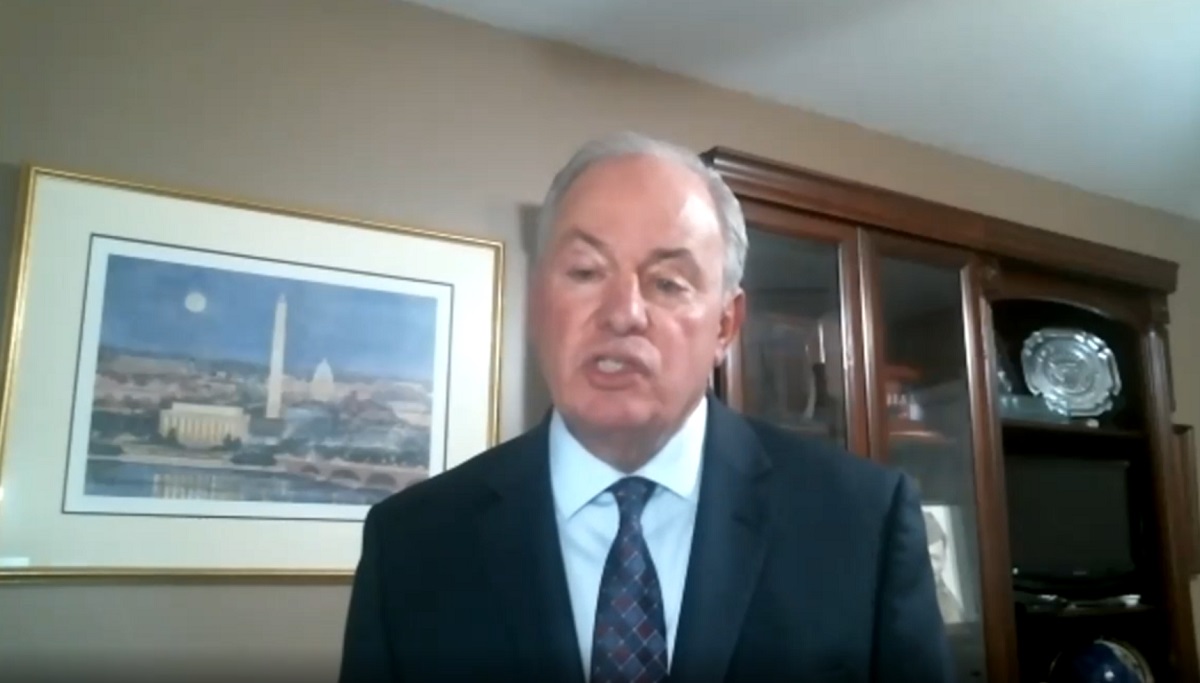 Screenshot of Rep. Mike Doyle, D-Penn., at the INCOMPAS conference

September 15, 2020 – The lack of access to broadband is still a widespread issue across the country, especially in rural areas, two top House Democrats said Tuesday at the INCOMPAS virtual show ConnectIn.

“The failures of this administration are forcing people to put their health and their family’s health at risk,” said Pennsylvanian Mike Doyle, Chairman of the House Communications and Technology Subcommittee.

“We can’t rely on corporate promises or donations—we need Congress to act” on funding for broadband to cope with the coronavirus pandemic. The billions of dollars of funding for students, families, and those hit by the pandemic have been insufficient for the moment, he said.

House Majority Whip James Clyburn of South Carolina highlighted the certainty that broadband will be a top priority of the 117th Congress next year.

Broadband “will absolutely be a top priority next year, said Clyburn. “Anything we do this year will be insufficient.”

Clyburn also advocated for broadband to be viewed as a utility. Last year when Clyburn formed the Rural Broadband Taskforce, his goal was to get broadband to be “classified as an infrastructure issue.”

“We call the internet the information highway. So, let’s treat it like we treat the interstate highways—a necessary entity to get us where we want to be.”

Doyle explained that since the start of the pandemic, the government has spent $2 billion in online learning and $1 billion to expand broadband for those with low income.

The Health and Economic Recovery Omnibus Emergency Solutions (HEROES) Act, H.R. 6800, put $5 billion toward remote learning and $9 billion toward emergency connectivity for low income and recently unemployed Americans. The measure passed the Democratic-controlled House 208-199 in May. It languishes in the Republican-controlled Senate.

Doyle asserted that the $100 billion Moving Forward Act, the Democrat’s pre-pandemic infrastructure measure H.R. 2, was the country’s most significant proposal to close the digital divide.

First, policy-makers should make historic investment in broadband, connecting all Americans. Second, lower the cost of broadband. Third, ensure students have the technology that they need. And finally, combat misinformation on the internet.

Clyburn suggested that government efforts keep the home and the economy in mind when designing relief programs. Bringing better-quality broadband to rural areas will greatly improve the economy because by allowing rural business owners to function more efficiently, because rural business owners wouldn’t need to go to the nearest city just to have access to reliable broadband..

Clyburn also highlighted the need for reform of broadband mapping.

In rural areas, he explained, some communities are still set up similarly to how plantations were, with a single large house and other smaller houses surrounding it.

He scolded broadband mappers for deeming the area “covered” when only a big house had coverage and the little ones did not.