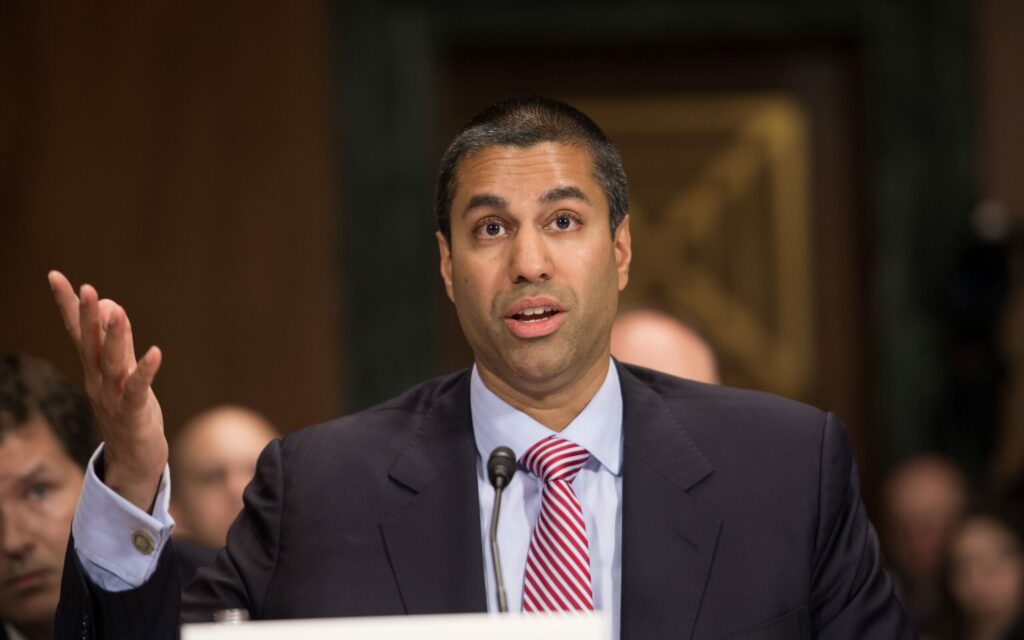 WASHINGTON, December 21, 2021 – Ajit Pai, former chairman of the Federal Communications Commission, provided his perspective in a podcast on the Infrastructure Investment and Jobs Act, pitfalls he thinks it could encounter, and his hopes for how it will function.

“[The IIJA represents] a unique opportunity for the United States to close the digital divide,” said Pai in an interview with Infrastructure Investor published Tuesday.

Despite the opportunity that may exist, Pai identified mapping as a potential complicating factor, stating that states will not get money until the FCC completes better mapping efforts.

He said that this is a frustration that is a holdover from his time at the FCC, where he felt that the organization was never allocated the resources necessary to make sufficiently granular and accurate maps.

“This is one area I hope private capital can help solve the problem.” In order to improve the state of broadband mapping in the U.S., Pai advocated for enhanced relationships between private companies, the NTIA, and states.

Pai also offered some criticism and advice. He stated that he felt as though the IIJA had a disproportionate amount of emphasis on last mile infrastructure, and not enough on the middle, transport mile. “That part, I wish, had gotten a little more attention.”

He also advised grant makers to not set a single, “one size fits all” approach, regardless of the communities they serve. “Flexibility from the grant makers is critical,” Pai said. “Every jurisdiction is different.”

Pai advised against price regulation, noting that although affordable broadband is the goal the effort, “[affordability] needs to be addressed though market-based tools such as competition.”

At an event on Thursday, experts said there needs to be more public awareness and digital literacy campaigns for broadband adoption among seniors.

Susan Corbett, founder and executive director of the National Digital Equity Center, said at Fierce Telecom’s Digital Divide Summit Thursday that to reach the most senior members of communities, concerted action would need to be taken.

She advocated for efforts that would improve communities’ awareness of the resources that are available to get them more connected.

She also advocated for increased collaborations with local anchor institutions to assist in adult education programs, “Partnerships [and] collaboration is really important,” she said. “It is really the boots on the ground, and it is the individualized attention of every individual that matters. There is no one size fits all, so you have to be flexible enough to meet anyone who needs [help].”

President and CEO of the Enterprise Center Deb Socia added that those offering assistance also need to be willing to listen to those they are trying to help.

“We need to reach people where they are and we need to figure out what their interests are,” she said. “We should not be providing training, assuming we know what people need. We should ask people what they need and provide that as support.”

Socia went on, emphasizing the role that people within communities need to play for these efforts to be successful.

“When we are doing outreach in the community. We are not necessarily the people who own the trust. We need to have a broker in the community that is trusted by the folks who live in that community, and we need to partner with them to create a collaboration that allows us to provide resources and support to the community members.”

Mark Zuckerberg’s Meta, formerly known as Facebook, was voted worst company of the year, according to a write-in survey hosted by Yahoo Finance.

The survey had more than 1,500 respondents, with eight percent of respondents indicating that they believed Meta/Facebook was the worst company of 2021.

These results come amidst Meta’s attempts to run damage control and rebrand in the wake of significant controversy. On Oct. 5 2021, Frances Haugen testified before Congress, outing herself as a whistleblower and accusing Facebook of using “a system that amplifies division, extremism, and polarization — and undermining societies around the world.”

Less than a month later on Oct. 28, Facebook, Inc. changed its name to Meta Platforms, Inc..