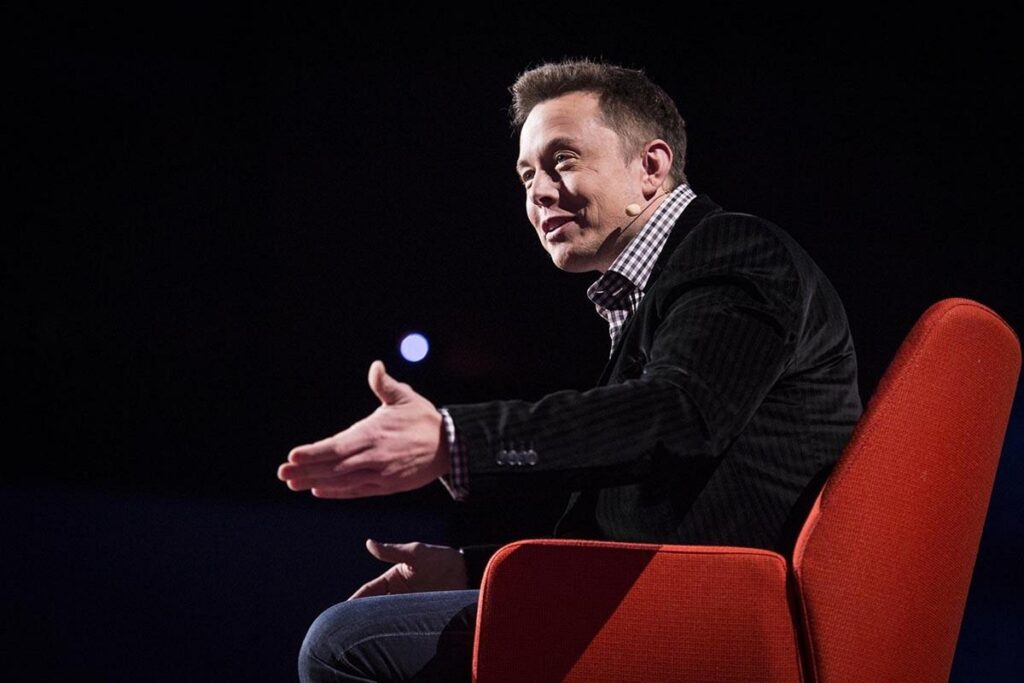 WASHINGTON, December 22, 2021 – SpaceX’s Starlink satellite broadband service saw an average decrease in download and upload speeds during the third quarter, according to data from Ookla, as critics question whether the service will not be able to live up to federal speed standards.

Between the second and third quarters of 2021, Starlink’s median download speeds in the U.S. fell by an average of approximately 10 Mbps, according to data collected by Ookla, which runs speed tests. Upload speeds were less impacted, falling just 0.35 Mbps.

At these speeds, many of those being served by SpaceX’s service would be considered underserved as per the Infrastructure Investment Jobs Act of 2021, which was signed into law by President Joe Biden in November of 2021. The legislation provides billions in funding for broadband and classifies anyone receiving services under 25 Mbps download and 3 Mbps upload to be unserved, while anyone receiving under 100 Mbps download and 20 Mbps upload is underserved.

If the data is accurate, this may confirm some of the fears expressed by telecom experts such as Fiber Broadband Association President and CEO Gary Bolton, who has argued that communities “served” by Starlink will be de-prioritized during the IIJA rounds of funding while also not receiving scalable, sustainable, broadband infrastructure.

Next year is supposed to be a big year for Starlink, when it is supposed to conclude its beta stage and move into its full-service model, whereby thousands of people will get access to high-speed, affordable broadband through the program’s low-earth orbit satellite constellation.

Starlink was also one of the largest recipients of the Rural Digital Opportunity Fund’s reverse auction, as it was awarded more than $885.5 million of the total $9.2 billion in total awards, though the Federal Communications Commission is currently asking providers, including Starlink, if they want to pull back their bids for fear of building where services already exist.

The Satellite and Telecommunications Streamlining Act would ease FCC permitting for the rapidly growing satellite industry. 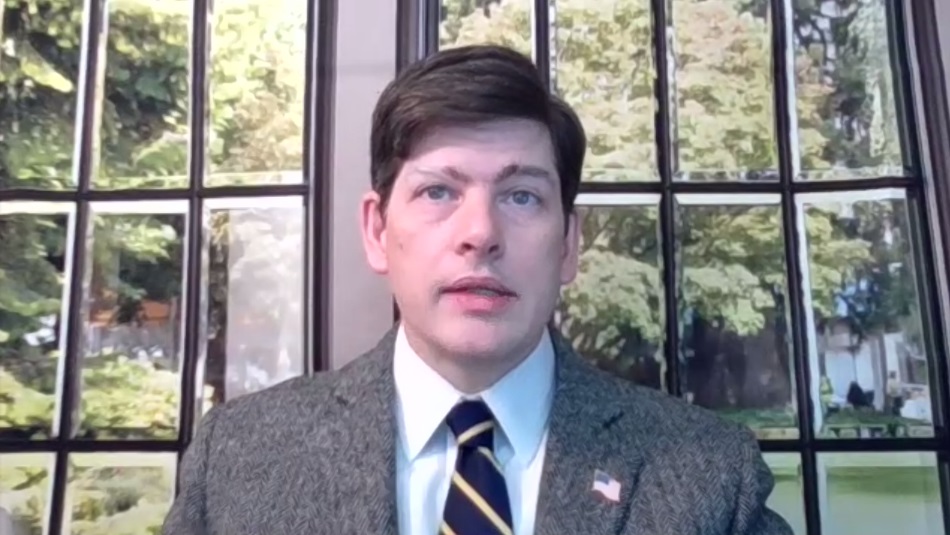 The bipartisan Satellite and Telecommunications Streamlining Act, introduced Thursday with the Secure Space Act, would ease the FCC’s permitting process for the rapidly growing satellite industry. It’s companion bill bars the agency from authorizing non-geostationary satellites from entities that also offer products found on the “covered list,” which identifies equipment and services that pose “unacceptable” risks to national security.

“American companies are leading the way in the space economy revolution, and Congress has recognized that we must act quickly to secure America’s role as the home to the most innovative new companies in the emerging launch and satellite sectors,” said Simington, an outspoken proponent of satellite broadband, in a statement. “There is an insatiable hunger for low-latency, high-bandwidth broadband connections in every corner of the U.S. that satellite broadband providers are racing to feed,” he added.

The junior Republican-appointed commissioner in September criticized the FCC’s revocation of a $885 million, Rural Digital Opportunity Fund award to satellite-broadband provider Starlink. Commissioner Brendan Carr also criticized the flip-flop. At the end of September, Simington, Carr, and their colleagues unanimously adopted an order that required the removal of satellite debris from space, and in November, Chairwoman Jessica Rosenworcel announced the inception of a dedicated space bureau at the agency.

Outside the FCC, many experts say current satellite broadband is technologically incapable of providing reliable broadband, an assessment echoed by the National Telecommunications and Information Administration in its guidelines for the $42.45 billion Broadband Equity, Access, and Deployment fund.

And if the bill isn’t passed this month, the spokespeople said, each legislator plans to advance it in the 118th Congress.

Unlike geostationary satellites, LEOs offer a connection that can support real-time communication. 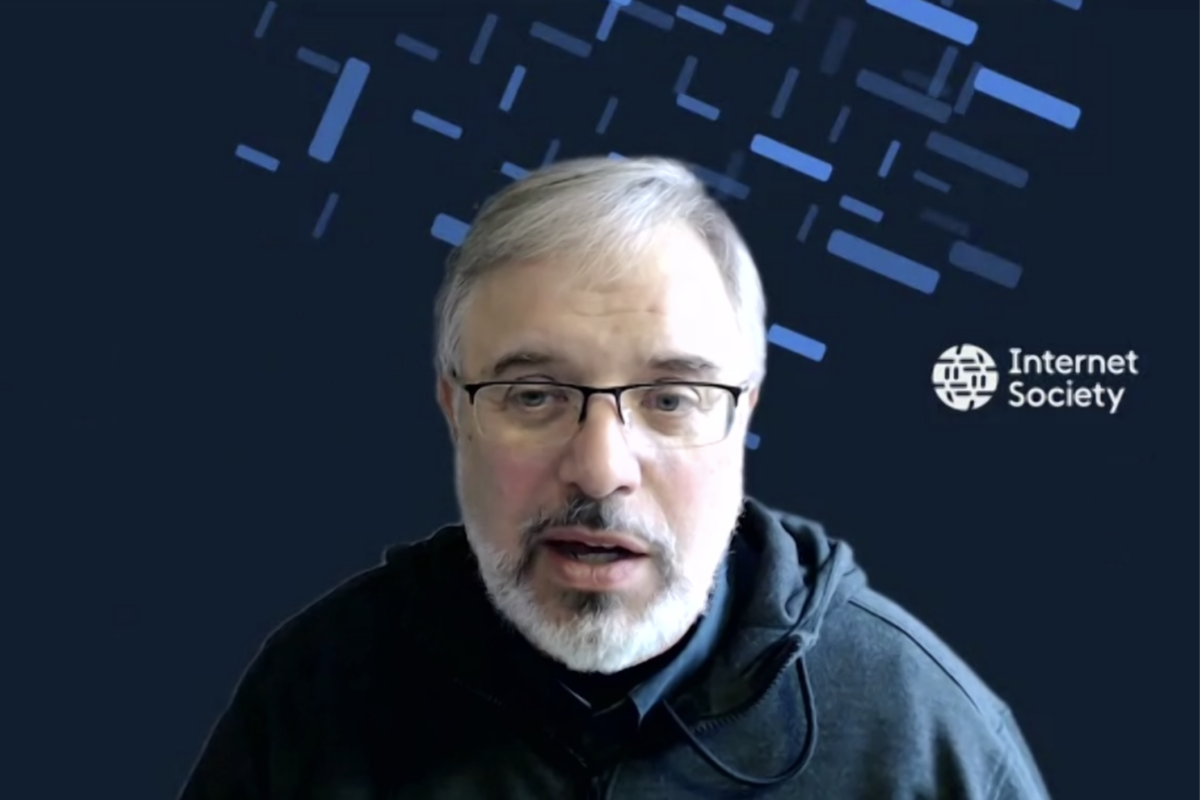 WASHINGTON, December 2, 2022 — Low earth orbit satellites have the potential to provide life-changing connectivity for rural and underserved users if they can overcome issues of affordability and sustainability, according to Dan York, director of online content for the Internet Society.

Speaking at a Friday event hosted by the Gigabit Libraries Network, York explained that LEO technology can help to not only connect the two billion people worldwide who are unserved but also improve connectivity for the underserved.

In addition to being an interim solution while fiber buildout takes place, LEOs can provide redundancy during disasters and other outages, said Don Means, director of the Gigabit Libraries Network.

York agreed, noting that LEO satellites played an important role in providing connectivity during the aftermath of Hurricane Ian or during wildfires in California.

“Starlink makes it super easy because they can bring one of their trailers into a location, put up a Starlink antenna on the top, bring that connectivity down and then they can share it locally with Wi-Fi access points or cellular access points so people can be able to get that kind of connectivity — first responders, but also people in that local community.”

LEO satellites can provide connectivity even for certain locations that lack a ground station by using inter-satellite lasers, York added.

There are three primary LEO system components. Satellite constellations are made up of hundreds or thousands of satellites, launched into orbit and arranged into “shells” at various altitudes.

User terminals facilitate the transmission and receipt of data to and from the satellites. The antennas are “electronically steerable,” meaning that they can track multiple satellites without physically moving.

The final LEO system component is ground stations, also known as gateways, which are the large antennas and facilities that connect the satellites to the internet.

Advances in rocket technology are driving an increase in LEO satellites, York said. For example, SpaceX is reusing rockets, making launches less expensive. The relatively smaller size of LEO satellites means that they can be mass produced using assembly lines.

However, affordability is still a barrier to widespread adoption, York said. Another challenge is competition with mobile telecom companies for spectrum allocation. ISOC recently released a study discussing these issues and making recommendations for their resolution.

There is also still some uncertainty about the capacity of these connections, York said, pointing to anecdotal reports as well as an Ookla study showing that Starlink’s capacity had decreased in certain areas.

“How much of that is growing pains while Starlink continues to build out the rest of its constellation, versus how much of it might be inherent limitations within the systems?” he asked. “We don’t know. I think we probably won’t know until more of these systems get up and are launched.”

Despite these questions, York was optimistic about the promise of LEO technology: “I think there’s great potential that these systems, as they come online, can truly offer us ways to connect the unconnected.”