“In today’s competitive landscape, operators need optionality from their software,” Wavelo CEO Justin Reilly said. “They deserve solutions that keep pace with their network innovation and that are flexible enough to integrate seamlessly within their existing operations. Wavelo was launched to do just that.”

The county said it is partnering with Connected Nation Texas on the initiative, which is funded by the Texas Rural Funders.

Correction: A previous version of this Roundup misspelled the last name of Wavelo CEO Justin Reilly. 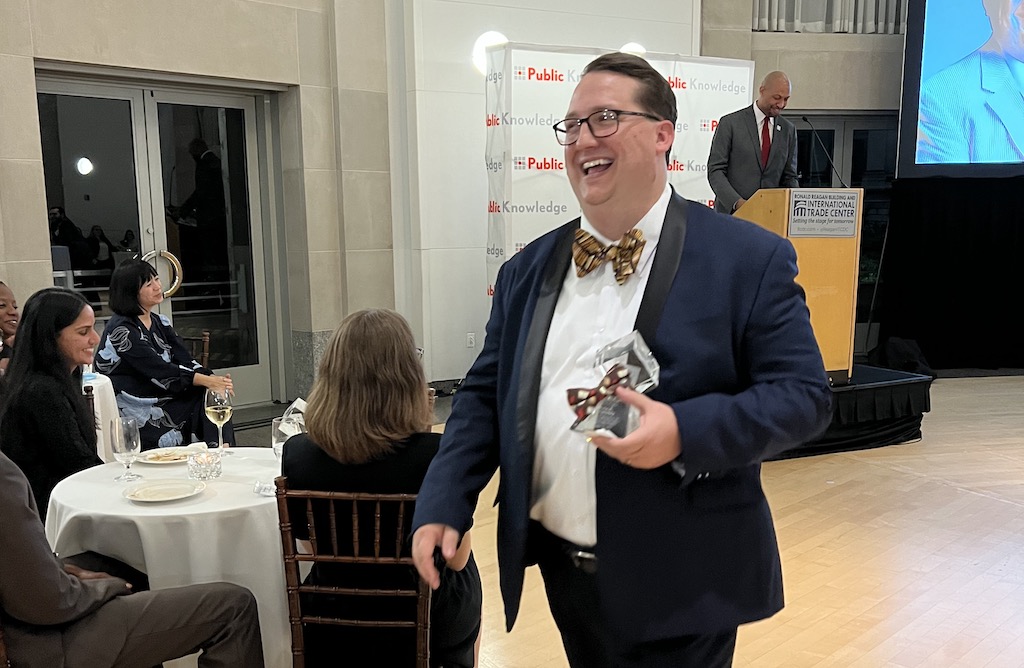 September 30, 2022 – Plaintiffs NetChoice and the Computer & Communications Industry Association on Thursday petitioned the Fifth Circuit of Appeals to delay the implementation of a Texas law that limits social media companies’ ability to moderate content on their platforms.

The Texas law – H.B. 20 – would limit the ability of large social media companies to remove user speech from their platforms based on viewpoint. Supporters of the law say it will prevent platforms such as Twitter from discriminating against conservative political speech.

H.B. 20 was initially blocked by a federal judge last year, but the Fifth Circuit upheld the bill earlier this month. The plaintiffs say they will soon file a petition for a writ of certiorari at the Supreme Court. Thursday’s motion attempts to prevent H.B. 20 from taking effect before the High Court weigh ins.

“There is no question that a law that defies over two centuries of First Amendment protections warrants further federal court review,” said a statement from CCIA President Matt Schruers.

“If states like Texas are allowed to issue must-carry mandates, internet users can expect a torrent of dangerous content and misinformation, just as we head into an election season. Given the implications for the First Amendment and democratic institutions, we are asking the court to block this statute from taking effect until its constitutional problems have been heard.”

The grant will fund a middle-mile network that is expected to connect nearly 3,000 miles of fiber infrastructure within three years. The Alabama Department of Economic and Community Affairs’ Alabama Digital Expansion Division will administer the grant, the funds for which came from the American Rescue Plan Act.

“Achieving full broadband coverage is a journey, not a short trip, and today is an important step toward completing that journey. The Alabama Middle-Mile project – the infrastructure setting part of this journey – is going to lead our state to be the model for the nation when it comes to providing broadband capabilities,” said Ivey.

“In 2022, being able to be connected at home, work or on the on go is absolutely necessary, and this is certainly key to making that a reality.”

“The eight electric cooperatives that make up the Fiber Utility Network are honored to be a part of building a middle mile network to bring internet service closer to those Alabamians,” said Tom Stackhouse, president of the Fiber Utility Network. “We want to thank Governor Ivey and the staff at ADECA for the vision, leadership and assistance to make this a reality.” 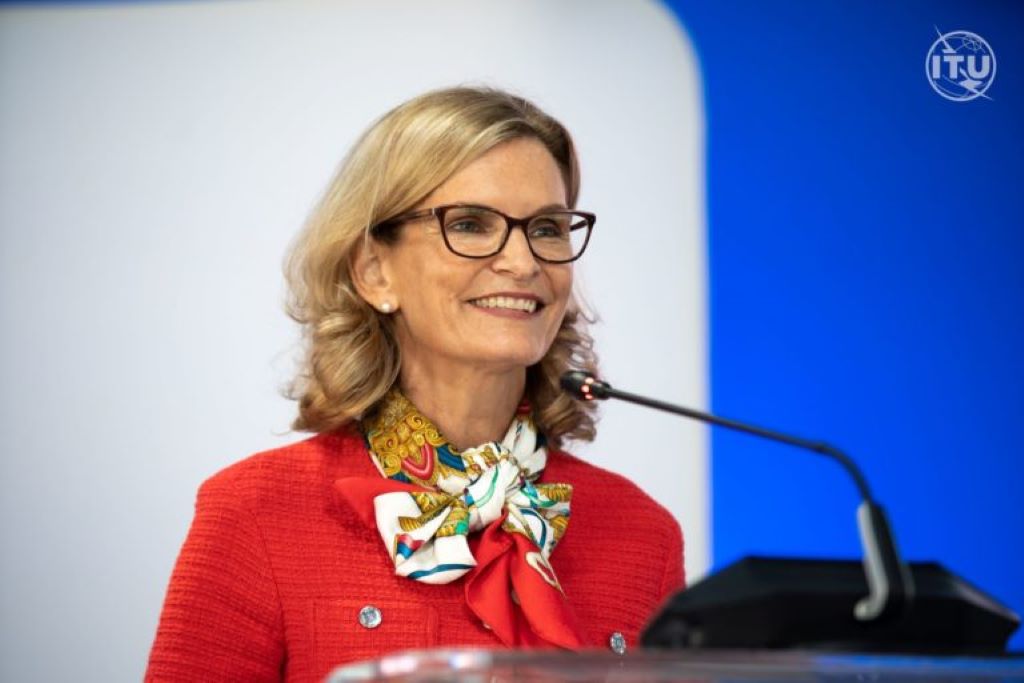 September 29, 2022 – A bill introduced Thursday would shield federal broadband money from being taxed.

“Grants awarded to industry for the purposes of broadband deployment are currently factored into a company’s income and will soon be subjected to additional taxes due to scheduled changes to the corporate tax code that kick in beginning next year – unless Congress acts now to address the problem,” a press release said.

Warner said in a press release that if these investments were taxed, the outcome would be counterproductive and would cause companies to not ask for grants if they knew they’d be receiving a higher tax upon receiving grants, adding it could “ultimately diminish efforts to give Americans access to high-speed internet.”

“We appreciate the leadership of Senators Warner and Moran for their efforts to eliminate the tax on broadband grants. With an eye toward 100 percent connectivity, Congress made a historic investment in the broadband grant program in 2021,” Brandon Heiner, senior vice president of government affairs at industry trade group USTelecom, said in a statement.

“However, requiring grant recipients to return as much as 20 percent of those grants in the form of taxes jeopardizes our shared goal of universal connectivity. It is vital that Congress move to eliminate this tax, as America’s broadband providers carefully plan and prepare to allocate resources to connect as many Americans as possible.”

Bogdan-Martin, who will lead the ITU for the next four years, secured 139 votes to 25 for Russian challenger Rashid Ismailov in votes Thursday at the Plenipotentiary Conference in Bucharest, Romania.

“I believe we, the ITU and our members, have an opportunity to make a transformational contribution. Continuous innovation can and will be a key enabler to facilitate resolution of many of these issues,” Bogdan-Martin said in a statement.

“[Bogdan-Martin will be a tremendous leader for the [ITU],” Alan Davidson, head of the National Telecommunications and Information Administration, said on Twitter. “We support her vision of open, free, secure and inclusive communications networks, available to all,”

In a statement, Matt Schruers, president of the Computer and Communications Industry Association, said, “We applaud the election of an expert veteran to lead the ITU, and support global efforts in maintaining internet freedoms that promote access to information and democracy.

“The ITU plays an important role in facilitating international connectivity in communications networks, and we look forward to working with ITU leadership to carry out the organization’s important mission.”

Last week, President Joe Biden announced his support for the American as a candidate for the position.

Google Fiber said in a blog post Tuesday that it will have announcements about upcoming multi-gigabit service tiers, after its fiber product hit download speeds of 20.2 gigabits per second in a home test in Kansas City.

The company said in the post that the new test is part of its move toward “dramatically” expanded multi-gigabit tiers of service, and an overall goal of hitting the 100 Gigabits per second download and upload milestone.

“We believe that many, if not most, communities across America will ultimately have at least two, if not three, fiber providers and an incumbent coax provider. We see it in communities we plan to build in, and expect investment in the industry to continue,” the post said.

“This means that a fiber network alone will no longer be the differentiating factor it once was for internet providers,” it added. “The unique selling points will be how that network is built to deliver symmetrical multi-gig speed at accessible pricing — all with a focus on enabling service that takes advantage of that speed not just to the home but in the home, as well.”

Google Fiber is a sponsor of Broadband Breakfast. 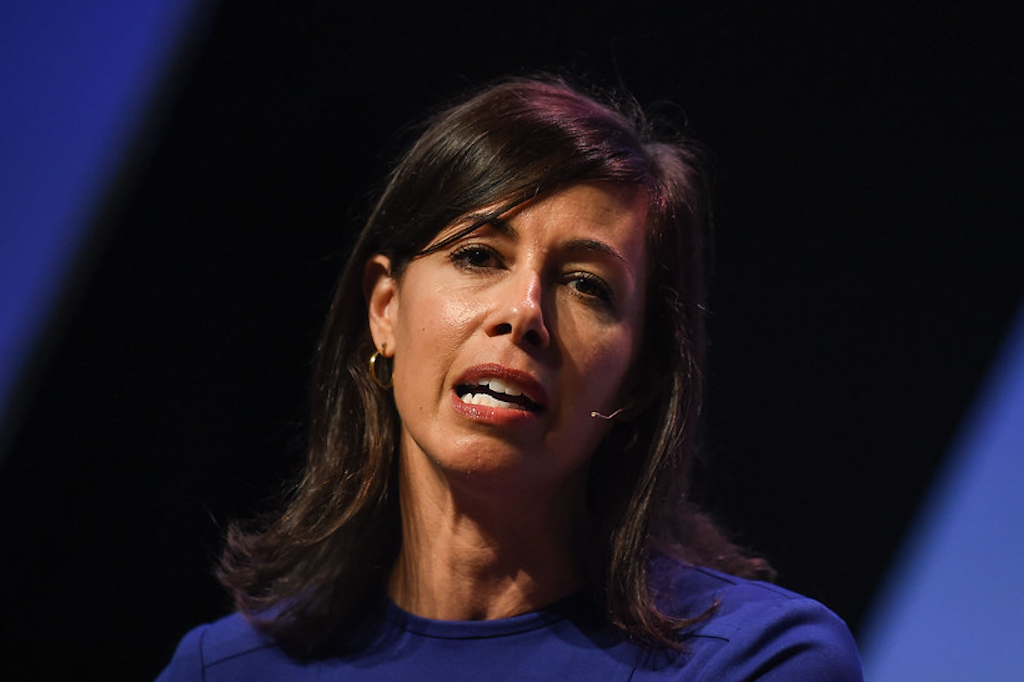 Advertised by the NTIA as a “one-stop-shop” for federal broadband-funding resources, the new site provides “funding opportunities and information on more than 80 federal programs across 14 federal agencies.”

“The [NTIA] has been working to expand access and increase connectivity across the U.S. through the Internet for All effort by increasing awareness of federal funding available for closing the digital divide,” the NTIA’s announcement said.

“Notably, the site features many new programs, including those that were funded through President Biden’s Bipartisan Infrastructure Law including the Department of Commerce’s Broadband Equity, Access, and Deployment (BEAD), Enabling Middle Mile Broadband Infrastructure, and Digital Equity Act programs,” it says.

Federal Communications Commission Chairwoman Jessica Rosenworcel announced Tuesday that Denise Bambi Kraus will be the next chief of the agency’s Office of Native Affairs and Policy.

The FCC’s announcement laid out four primary objectives for Kraus’s tenure at ONAP: Inclusion of tribal communities in the agency’s mapping initiative, tribal engagement in the E-rate program, promotion of the Affordable Connectivity Program in tribal communities, and “work[ing] to develop a framework for long term telecommunications infrastructure sustainability.”

Kraus is of Tlingit heritage and was the National Tribal Affairs advisor for the Federal Emergency Management Agency before being tapped to be ONAP’s chief.

“I am thrilled Bambi is joining us. Her wealth of experience will be an asset as we advance the agency’s work to ensure modern communications reaches us all, including Native communities,” Rosenworcel said.

Phoenix Center study argues the FTC is overextending itself

A new study from the Phoenix Center argues that Federal Trade Commission’s advanced notice of proposed rulemaking on “commercial service and data security” is overly broad, economically detrimental, and potentially in conflict with existing law.

According to the study, the ANPR – which contains 95 questions and was released for public comment in August – covers a wide range of topics but fails to account for many “factual complexities” native to those topics. In addition, the study says the ANPR suggests the introduction of a heavily regulatory burden that may be unmanageable for small companies.

The study also says the ANPR suggests regulations that, by considering issues outside of the “deceptive acts and practices as proscribed by the [Federal Trade Commission] Act,” exceed the agency’s statutory authority.

Finally, the study argues that the rules which may result from the ANPR would likely be vulnerable to legal challenge. Cited is Supreme Court’s recent decision in West Virginia v. EPA, in which the majority invoked the “major questions doctrine.” The major questions doctrine is the legal theory that administrative agencies cannot take it upon themselves to regulate on major policy questions absent a clear statutory mandate.