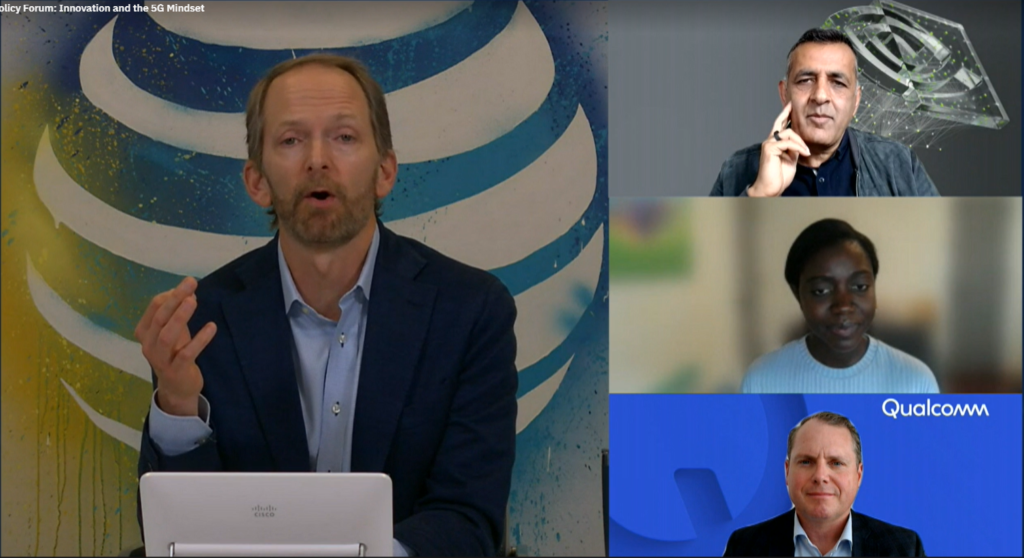 WASHINGTON, March 28, 2022 – As 5G continues to deploy at a faster rate than any previous generation of wireless technology, some experts argue that the next ten years will lead to more disruption and innovation in society than the last 20 years combined.

During the “AT&T Policy Forum on 5G and Innovation” on March 15, David Christopher, AT&T’s executive vice president and general manager of partnerships and 5G ecosystem development, argued that the next decade will be defined by “mega-tends” that will be enabled by 5G technology.

He pointed out that each generation of wireless technology advanced what kind of activities consumers could engage in – from being able to make calls with 1G all the way to being able to participate in online shopping from almost anywhere in the world with 4G. Similarly, Christopher argued that 5G will enable consumers to participate in things like artificial intelligence, precision medicine, driverless cars, blockchain, and the metaverse.

“These ‘mega-trends’ build off each other and they accelerate any one individual trend,” Christopher said. Christopher said that the deployment of and use of 5G technologies will contribute to 4.5 million new jobs and $1.4 trillion towards the economy between 2020 and 2030. “None of that takes into account the economic impact of all the mega trends I just spoke of, and how they build on each other.”

Christopher added that in addition to all the benefits of 5G, it is being deployed faster than previous networks. “Look at the fact that 5g is actually being rolled out 40 percent faster than 4G was – from a network build perspective – across all carriers in the United States.”

“We are now at the point – poised for the arrival of applications, of services, and of new business model innovation that rides on top of [5G] just like we saw with 4G,” he said. “5G is all about making everything connected, whether it is faster speeds, lower latency – with features like edge computing, network slicing, better security, private networks, massive IoT – all of these are going to enable applications that were simply not possible in 4G.”

John Smee, chip maker Qualcomm’s senior vice president of engineering and global head of wireless research, explained that the 5G era is now well underway and has left the early stages of its infancy behind. “We are, in some sense, almost halfway through the standardization of 5G,” Smee said. “Now we are embarking on 5G ‘advanced’ – it is a new point of inflection.”

Smee said that Qualcomm’s priorities are now looking past how to simply ensure that all consumers have access to 5G, and has shifted to the specific technology capabilities that will define the generation. He said that Qualcomm has now raised the questions, “what is going to differentiate 5G from 4G [and] how can we make sure it’s a full decade of innovation?”

For Qualcomm, Smee said, this will include innovations such as an expanded cloud network, improved device machine learning and AI, and low-latency application processing at the edge of the networks.