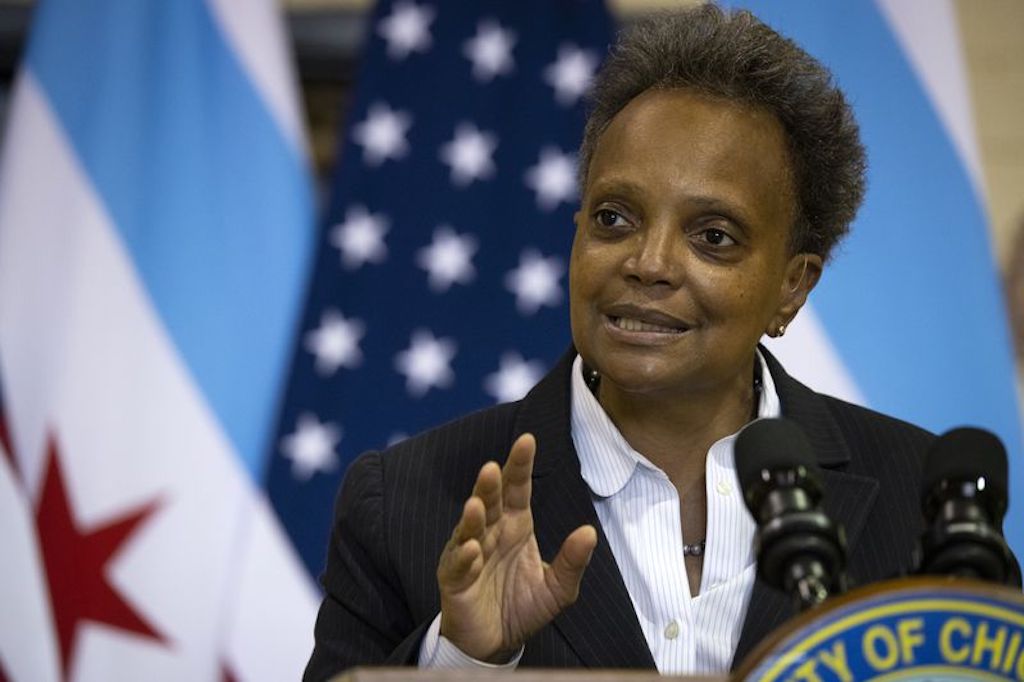 Photo of Chicago Mayor Lori Lightfoot delivering an address on Dec. 20, 2021, by Jason Wambsgans for the Chicago Tribune

Last week at an event highlighting the impact of the digital divide on Black communities hosted by Federal Communications Commissioner Geoffrey Starks, Lightfoot said the city’s Black residents are hardest hit by a lack of connectivity.

The digital divide “really disproportionately impacts African Americans,” Lightfoot said, noting that one in five children in Chicago under 18 years old lack access to broadband. “They are primarily Black and Latinx,” she said.

According to the mayor, 40 to 45 percent of households in Chicago do not have in-home broadband. These communities “are the hardest hit during the pandemic” and often face other issues such as food insecurity, unemployment, housing, emotional and social issues, and more, Lightfoot added. “The list goes on,” Lightfoot she said.

“When we talk about digital equity, we are talking about freeing up and empowering black and brown communities in urban areas,” she added.

As the mayor of the U.S.’ third-largest city, Lightfoot said her office’s “Chicago Connected” initiative connected thousands of families to broadband during the pandemic.

Beginning in Spring of 2020, the no-cost program provides free internet to students in Chicago public school system and their families. Leveraging the city’s budget and partnerships with businesses, community groups and philanthropic organizations, the program reached 42,000 families to connect 64,000 students.

Lightfoot said her office “did a lot of work” persuading carriers to join the program and forgive some families’ outstanding debt to ensure they can benefit from the program.

When asked about how government can support closing the digital divide within the Black community, Lightfoot said coordination amongst local and federal government will increase the impact of any digital divide initiatives.

“The most important thing in really galvanizing the relationship between the federal government and what is happening at the local level, and the through point is mayors. We understand our community well,” she said.

“A lot of things happening at the local level deal with issues of connectivity, equity, and inclusion,” she added. “So listening and having a relationship and being in dialogue with us will really help facilitate a lot of the “[federal government’s] work.”