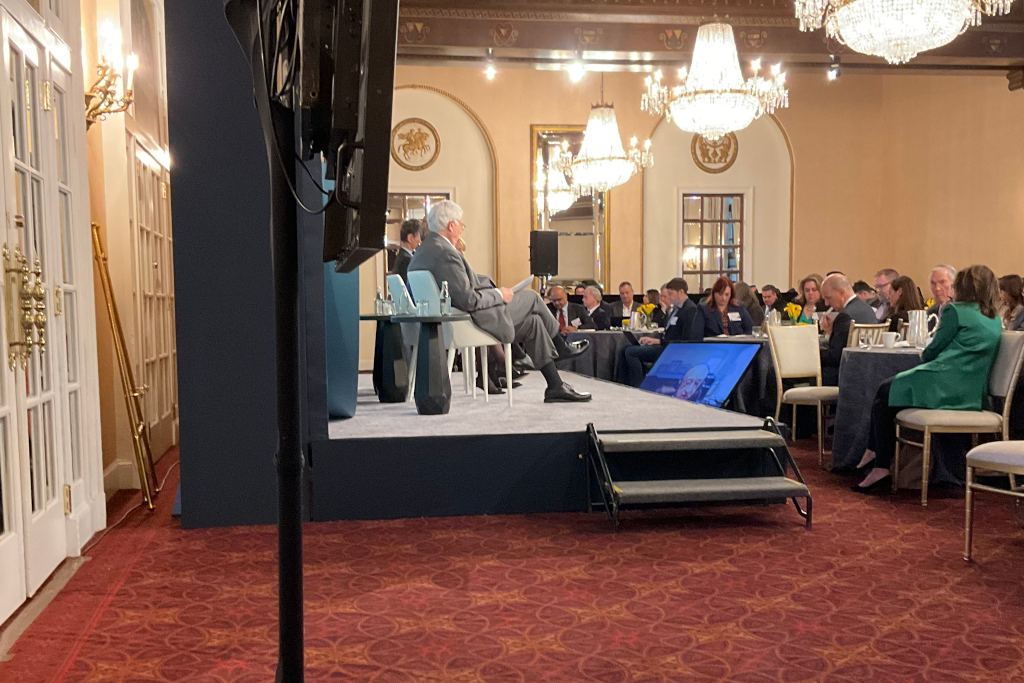 Photo of the antitrust panel at the 2022 LeadershIP conference, by Theadora Soter

WASHINGTON, April 11, 2022 — The president of a policy think tank last week criticized the Department of Justice and the Federal Trade Commission for allegedly taking antitrust action without considering the effect it might have on the nation’s international competitiveness.

“We have an antitrust regime in the US that has never ever considered international competitors. It is a very narrow framework that both the FTC and DOJ use. They don’t think about the implications of their actions on US competitiveness. Their only goal is to think about whether it is going to lead to more competition,” Robert Atkinson, president of the Information Technology and Innovation Foundation, said at the 2022 LeadershIP conference.

The Tuesday event was the first in-person meeting the intellectual property and innovation think tank has held since the pandemic began in March of 2020.

The comment comes at a time when the DOJ and FTC are working together to enforce antitrust laws in response to President Joe Biden’s executive order tasking officials to “adopt a whole of government approach to competition policy.” There have been complaints about the Biden administration’s actions in the past, including criticism from former FTC Chairman William Kovacic, who said that Biden’s direction of the FTC raises unfair expectations for the agency.

Atkinson also criticized the Democratic party’s view of antitrust enforcement as a whole. “We have this view, particularly from the anti-corporate progressive left, that says all profits should be at the cost of capital and no higher, and the way you get there is you weaken intellectual property. And the reason they think that, fundamentally, is that in their minds; in their worldview, the tension is not between the US and China, it is between capital and labor.”

“Sometimes this thought of equalizing things – everything for everybody so everybody gets a chance – kind of prevails because there’s a bit of a feeling that that strengthens us as a nation, whereas I have the exact opposite opinion, that if you do not incentivize companies by allowing them the benefits of what they do and then have that virtuous cycle, we as an economy, we as a global power, will begin to atrophy,” Lord said.

The DoJ has already supported legislation, including for example, the American Innovation and Choice Online Act, which seeks to prevent big technology companies like Apple, Amazon and Google from using their platforms to give a preference for their products over third-party products.