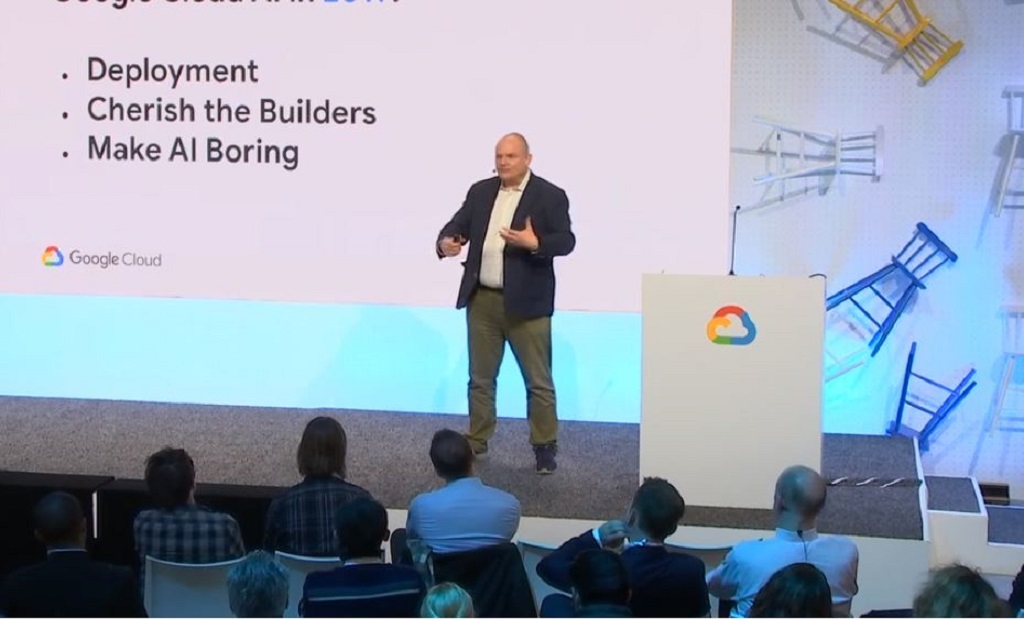 Screenshot of Andrew Moore, vice president and director of Google Cloud, in 2019

WASHINGTON, May 5, 2022 – A Google executive is calling for the Department of Defense to continue making investments in artificial intelligence to protect the cyberspace, in light of Russia’s ongoing invasion of Ukraine and warnings about a possible increase in cyberattacks against the private sector.

The DoD needs to invest in “training, technology, and management that will facilitate more experimentation, prototyping, and execution” of these technologies, Andrew Moore, vice president and director of Google Cloud, told a Senate subcommittee on cybersecurity Tuesday.

“One of AI’s critical uses is finding anomalies in activity that would indicate a new threat vector,” Moore said.

Since Russia’s invasion of Ukraine in February, government officials have warned about potential increased cyberattacks against the United States.

The DoD can use AI capabilities in defense against attacks as AI monitors known threats on a massive scale, analyzes historical data and monitors active exploitation, the subcommittee heard. AI provides on-demand scanning of software and active scanning for malicious sites.

AI can also break down and unify data sources by cross-linking and joining data, allowing for constant pattern detection for unexpected defensive concerns, it heard further.

“The Department must have the ability for teams to quickly build, adapt and leverage an AI system – in hours or days – to address problems like finding a ship lost at sea or responding to an active threat event,” said Moore.

Moore claimed that Google has developed a “level of insight and visibility into the world of cyber threats that allows [them] to assess and develop cutting edge defenses to whole classes of threats, not just particular attacks.”

There have been concerns raised in the past year that the federal government has not welcomed AI technology, leading to a possible global economic divide and national security threats.

Training and educating will greatly help the DoD make necessary investments as employees gain confidence and familiarity with AI.

The DoD was further called by Eric Horvitz, technical fellow and chief scientific officer at Microsoft, to invest in training and education to strengthen the U.S. workforce in cybersecurity.

“For cybersecurity and in the context of national security, having the upper hand in AI against your adversary is critical,” Moore said.

“There is a race to see who can get machines to provide as much defense as possible,” he added. “For example, AI systems are absolutely necessary to automate aspects of cybersecurity. The US remains the leader in AI, but we must ensure we continue to do this at scale.”

Scott Heric: Robots Benefit Industrial Processes Most by Enhancing the Efforts of Humans