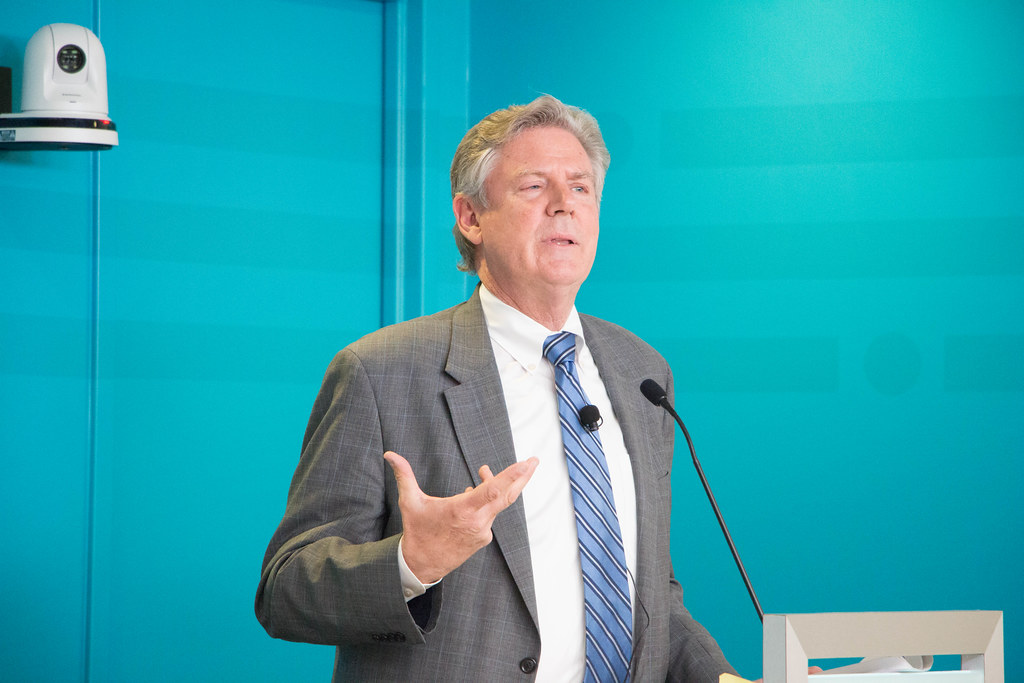 Frank Pallone was one of a handful of legislators who issued support for the NTIA NOFOs.

U.S. Sens. Michael Bennet, D-Colo., Angus King, I-Maine, and Rob Portman, R-Ohio, lauded the announcement of the Notice of Funding Opportunity; all three senators were cosponsors of the BRIDGE Act, which has inspired components of the BEAD program.

“We are especially pleased that the Internet for All program promotes strong labor standards and reflects the priorities that we and other Democratic Committee members advocated for earlier this year,” they said, “NTIA’s announcement prioritizes affordability, future-proof networks, digital inclusion, and competition, all while bringing local communities together around these transformational broadband projects.

Some in private industry offered vague or tepid reactions

The Information Technology and Innovation Foundation supported the effort behind the NOFOs and supported several measures outlined, including prioritizing unserved areas, providing a process to challenge awards, and including mechanisms to prevent duplicate funding between programs, though its statement said, “The devil will be in the details.”

Wireless Internet Service Providers Association Chairman Todd Harpest stated that the organization was “pleased that the NOFO requires States to engage in transparent and open-competitive funding procedures, including challenge processes.” He also supported the “technology neutral approach” charted by the NTIA; while the NOFOs referred to specific speed designations and speed requirements, they did require or reject any technology wholesale.

NCTA – The Internet & Television Association, broadly support the announced NOFOs in a release, though it didn’t to enumerate specific items it supported.

ACA Connects CEO Matthew Polka said that the NTIA has “[taken] a major step toward [closing the digital divide],” though he did not elaborate on any specific aspects of the NOFOs that his organizations found agreeable. Similarly, US Telecom President and CEO Jonathan Spalter also supported the NOFOs without any specific references to their contents.

Not all receptions were so positive, however. TheFree State Foundation’s Seth Cooper, director of policy studies, said that the NOFOs “[raised] some concerns.”

Cooper argued that even though unserved areas will be prioritized when awards are considered, “much of the Notice gives the appearance of putting unserved and underserved locations on equal footing.”

“Going forward, it will be important for NTIA to emphasize that unserved locations are to be given first priority for receiving grant awards for broadband deployment,” he added in his statement. “Otherwise, BEAD Program dollars may end up going to so-called ‘underserved’ locations wherein most Americans already have access to broadband Internet services with 80 Mbps download speeds.”

While Cooper supported the NTIA’s decision not to impose open access or net neutrality requirements, he said that “the Notice includes a misguided recommendation that states ought to favor open access wholesale last-mile broadband services in setting their criteria for awarding grants,” concluding, “Open access requirements do not and would not help unserved Americans gain access to broadband. It is essential that states keep focused on connecting the truly unserved and not bog down the process or the program’s ultimate success by pursuing open access requirements.”

Want to know more about this game-changing document, and the powerful tools it brings to U.S. last mile broadband? Visit Broadband.Money‘s tools and resources, including four themes to watch for in the BEAD NOFO.