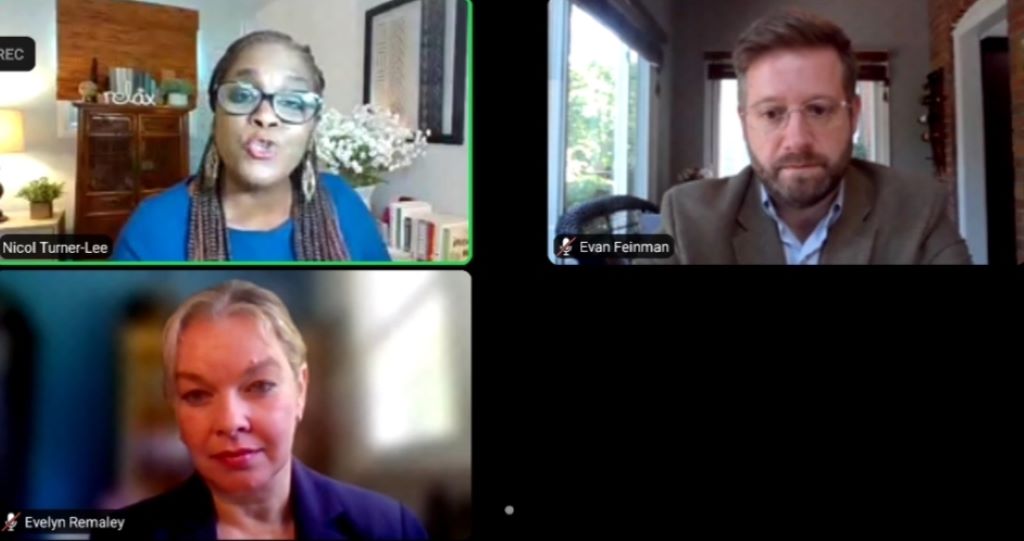 WASHINGTON, May 31, 2022 – Experts expressed concern Tuesday that billions in funding from the infrastructure bill that will go toward states for other objectives like cybersecurity will draw focus away from the primary objective of connecting to broadband service unserved areas of the United States.

“One of the issues is that all of these things are distractions to the main point, which is reaching unserved areas,” Michelle Connolly, professor in economics at Duke University, said at a Technology Policy Institute webinar on Tuesday.

Earlier this month, the National Telecommunications and Information Administration announced the details of its Broadband Equity, Access, and Deployment program, which includes $42.5 billion for broadband infrastructure. But critics said the NTIA’s objective to deliver funds to the states for other initiatives, like cybersecurity and job creation, may act as a distraction to the broadband goal.

“My fear is that with all these other policy concerns that we’re interested in,” Connolly said. “There is no requirement that unserved gets taken care of first.”

Paroma Sanyal, senior consultant at The Brattle Group, said that, “It’s appropriate to recognize that it’s a mix of policy objectives and not just a pure broadband deployment policy,” said. “There are other objectives that this plan is getting towards.”

Evan Feinman, director of the BEAD program at NTIA, added that BEAD “has guardrails wide enough for there to be a compliant Alaska plan and a compliant Arizona plan which means that there’s also room between those guardrails for states to make unwise choices.” Because the BEAD program is designed to allow states to modify their five-year digital connectivity plan for individual needs, states are allowed more leeway that might produce a tendency to be distracted from the primary objective.

Feinman indicated that NTIA is pursuing a staffing model where highly trained experts will be placed on the ground in each state and territory as a guide for planning, outreach and office capacity management. He said he hopes that staff will guide states and territories to focus on connecting unconnected areas first.