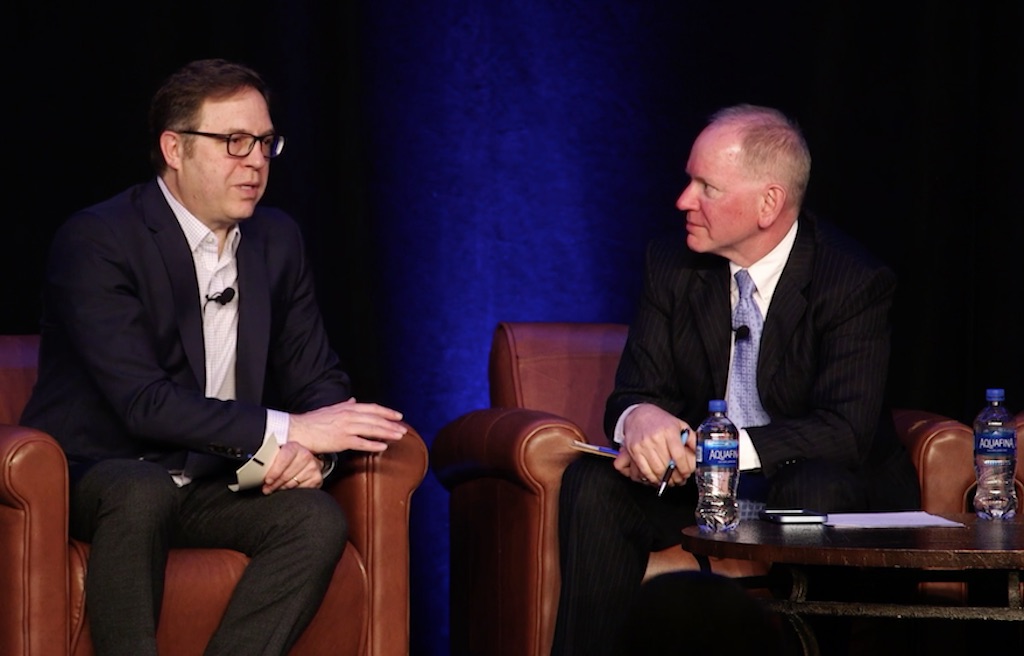 Mountain Connect 2022 got a big kick off this morning in Keystone, Colorado with a Q&A discussion between National Telecommunications and Information Administration Assistant Secretary Alan Davidson and Broadband Breakfast CEO, Editor and Publisher Drew Clark.

Davidson provided a broad overview of the newly released Notice of Funding Opportunity for the $42.5 billion Broadband Equity Access & Deployment program, which set the table for the multitude of break-out sessions that attracted a who’s who of broadband providers, vendors, policy-makers and vendors.

Under the BEAD program, each of the 50 states will be eligible to receive a minimum of $100 million to expand high-speed Internet access, though most states will receive hundreds of millions more as additional funding will be allocated to states based on a formula that takes into account how many unserved households are in each state.

Most states on board for BEAD

Davidson said that 25 states have already submitted their Letter of Intent to seek BEAD funding. In all, 35 states have indicated they will also participate in the program so far as NTIA works with the other 15 states and territories to encourage them to take advantage of the largest ever federal investment in broadband.

While Davidson touted the unprecedented opportunity now being made available to states to close the digital divide, Clark did probe him on several concerns around the requirements of the BEAD application process that a number of broadband advocates and small- to midsize Internet Service Providers have raised since the NOFO was released on May 13.

One question in particular Clark raised was the letter of credit requirement that subgrantees must acquire to qualify for funding. A number of ISPs and local officials interested in municipal broadband projects are saying the requirement is onerous and may prove to be a disincentive for new entrants into the broadband market now dominated by the big monopoly ISPs.

Davidson noted his office has been hearing those concerns and that the NTIA may adjust the rules based on that feedback.

NTIA will encourage states to include publicly-owned networks

We also had a chance to ask Davidson a question: Would states with preemption laws that prevent or erect barriers to municipalities, cooperatives, nonprofits and other public entities from accessing BEAD funds be disqualified from the BEAD program?

Davidson said the NTIA will press states to not lock out publicly-owned broadband projects and if they propose to do so they must disclose why. But, he stopped short of saying that states with such preemption laws would be disqualified from participating in the BEAD program.

However, Davidson and Clark both, pointed to the specific language in the NOFO that says:

While Davidson did not explicitly say NTIA would wholeheartedly accept BEAD applications from states with preemptions laws that lock out public sector providers, it seems clear the NTIA will not deny BEAD funds to states with preemption laws that violate both the letter and spirit of the Infrastructure Investment and Jobs Act (IIJA), which authorized the BEAD program.

The BEAD NOFO and Davidson’s remarks were a major topic of discussion at the dozens of breakout sessions held later in the day, covering everything from funding new broadband investments and community development to community broadband case studies and emerging technologies.

Multiple NTIA officials claimed BEAD is intended to connect all Americans and, in fact, the Biden admininstration calls it the Internet for All intiative. However, neither Congress nor the Biden administration have a plan to ensure all low-income urban households are connected.

The three-day conference will conclude on Wednesday with that final day being kicked-off by a Q&A with U.S. Sen. John Hickenlooper.

Watch our Connect This! livesteam discussing the implications of the BEAD NOFO here.

This article originally appeared on the Institute for Local Self Reliance’s Municipal Broadband project on May 24, 2022, and is reprinted with permission.

Sean Gonsalves is a longtime former reporter, columnist, and news editor with the Cape Cod Times. He is also a former nationally syndicated columnist in 22 newspapers, including the Oakland Tribune, Kansas City Star and Seattle Post-Intelligencer. His work has also appeared in the Boston Globe, USA Today, the Washington Post and the International Herald-Tribune. An award-winning newspaper reporter and columnist, Sean also has extensive experience in both television and radio. Sean has made appearances on WGBH’s “Greater Boston” TV show with Emily Rooney and was a frequent guest on New England Cable News (NECN), commentating on a variety of Cape Cod tourist attractions. He left print journalism in 2014 to work as a senior communication consultant for Regan Communications and Pierce-Cote, advising a variety of business, non-profit and government agency clients on communication strategy. In October 2020, Sean joined the Institute for Local Self Reliance staff as a senior reporter, editor and researcher for ILSR’s Community Broadband Network Initiative.