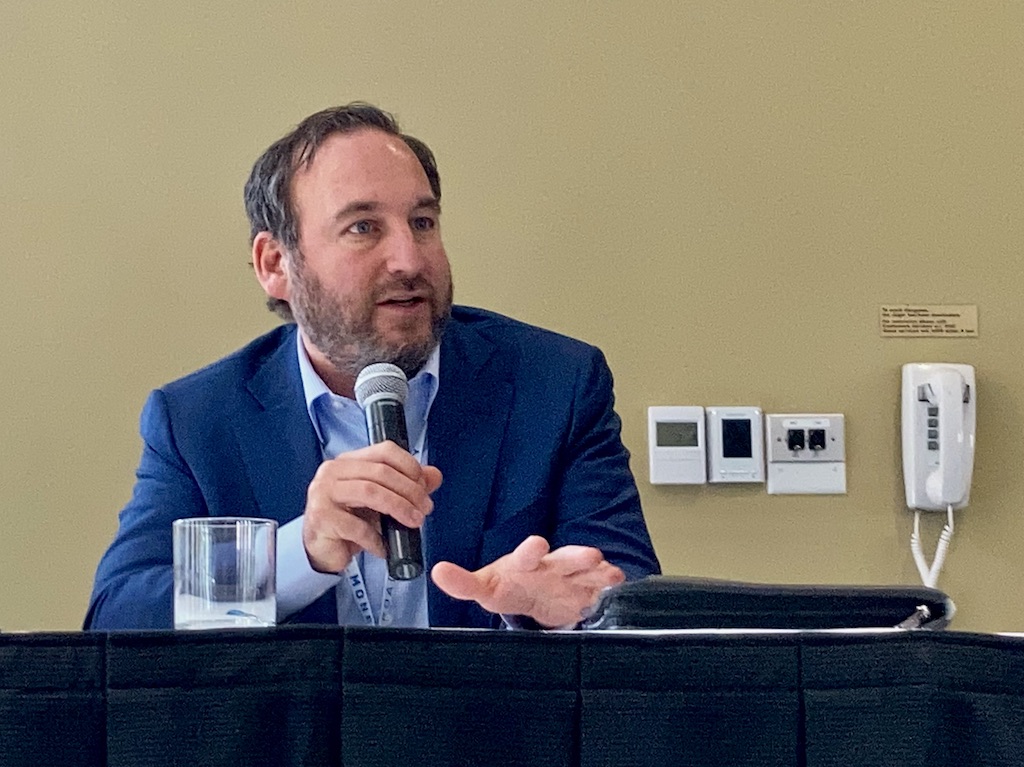 KEYSTONE, Colo., June 7, 2022 – Panelists at the Mountain Connect 2022 conference in May warned against putting too many onerous conditions on prospective recipients of billions in federal infrastructure money, arguing some provisions will require further discussion or potential modification or else it will discourage applications.

Industry observers at the conference who studied the notices of funding opportunity for the $42.5-billion Broadband, Equity, Access and Deployment  Program, which was released by the National Telecommunications and Information Administration on May 13, argued that money from the program contains too many strings attached, including environmental, tax and rate regulation implications, for it to be fully viable as an option for service providers.

“I think that putting too many onerous conditions on recipients is actually not in the public’s interest, and states and NTIA should really take this into account,” said Ross Lieberman, senior vice president of government affairs for cable industry group ACA Connects.

“First, it can depress participation in the program, so you end up having a less competitive grant program. Second, the providers are going to internalize these costs, and it will result in them asking for more money, resulting in less money available to reach the un- and under- served. Finally, providers could end up being in a situation where they are more likely to default after the fact, because they couldn’t properly anticipate what these conditions could mean for a network 20 years in the future.”

Julie Darrington, vice president of consulting at Vantage Point Solutions, added that, “There are significant impacts when you start layering on all of the different costs.

“When you think about the matching requirement, the taxable income, add in letter-of-credit costs, prevailing wages…When you start looking at all those pieces and parts it really impacts the financials,” she said. “From a financial feasibility standpoint, I’m concerned that the profitability and the long-term sustainability of [BEAD funded] networks are going to be tough in many cases, especially in rural areas.”

Provisions in the BEAD NOFO require the inclusion of a low-cost broadband option. Some industry groups fear that might lead to regulation of broadband rates.

Yet Lieberman said the NTIA has yet to prescribe how states should rank, or evaluate, applicants based on these requirements.

“I haven’t seen any kind of deployment program with this level of rate regulation,” Lieberman told the audience, largely made up of municipal leaders and representatives of service providers. “This is an area that is not as well defined in the rules yet, and so we’re going to be watching to see how the NTIA and states end up dealing with this.”

There is some discussion in the BEAD NOFO about the potential for multiple rounds of state funding. The panelists explained that as the grant process gets underway, the rules may ease up, but that shift cannot be expected for at least two to three years. 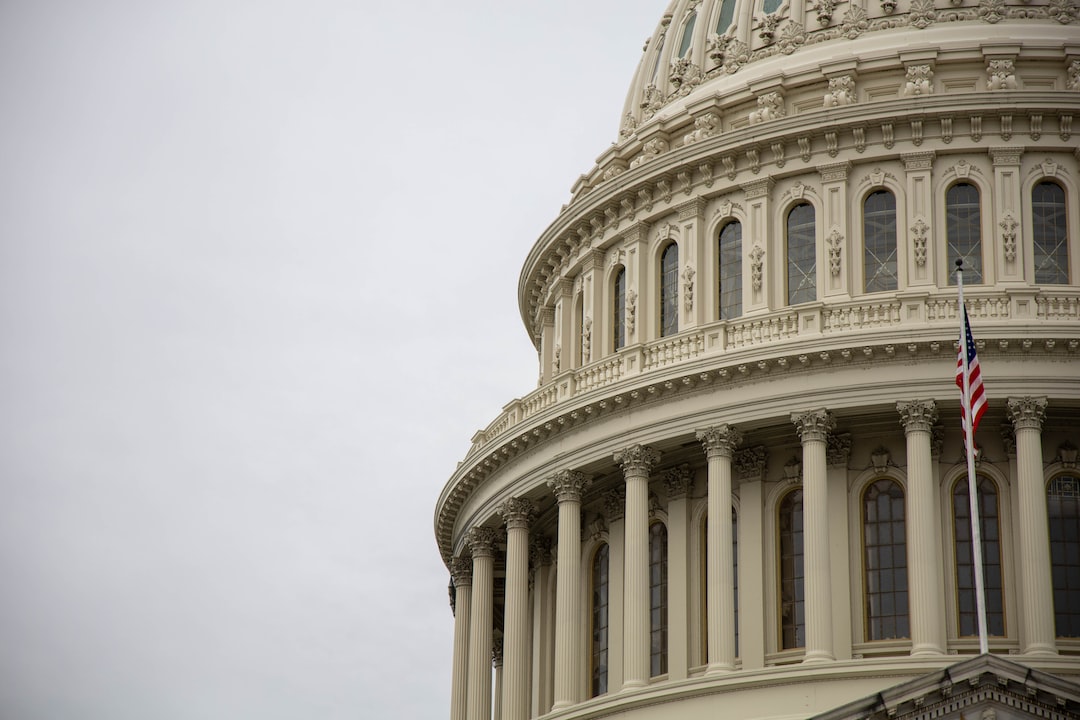 ‘This award will provide access to those communities who have for too long went without affordable internet connectivity.’ 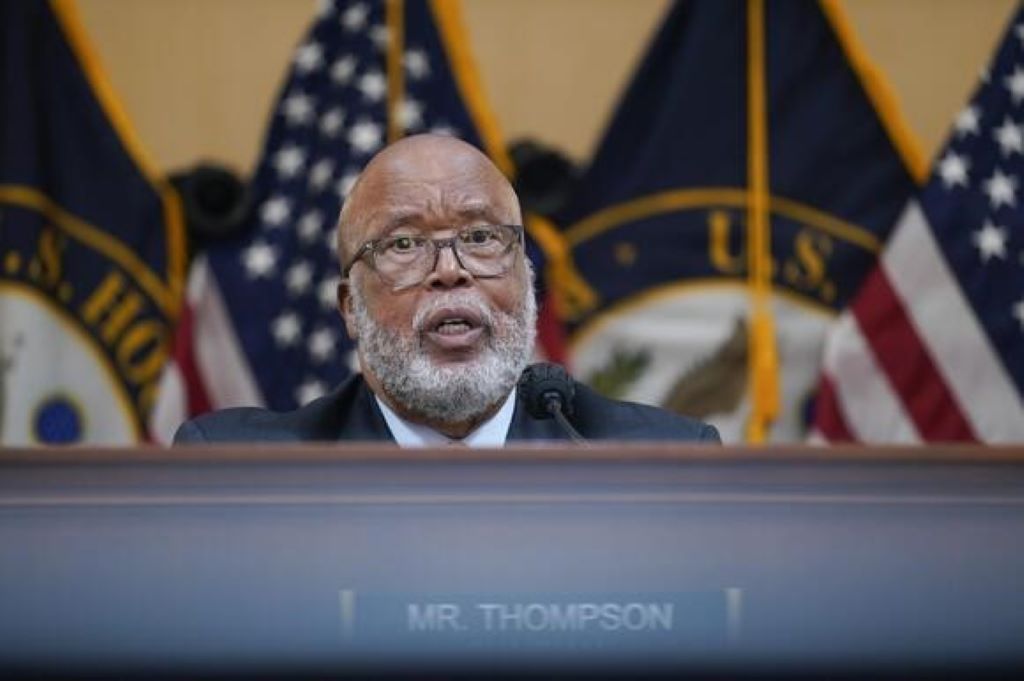 WASHINGTON, November 29, 2022 – The National Telecommunications and Information Administration of the U.S. Commerce Department announced Tuesday that Florida, Mississippi, South Dakota and Utah were awarded their first broadband planning grants under the Infrastructure Investment and Jobs Act.

“I take great pride in knowing that this award will provide access to those communities who have for too long went without affordable internet connectivity, ” said Mississippi’s Rep. Bennie Thompson.

This is part of the Broadband, Equity, Access and Deployment program and Digital Equity Act program of IIJA with the goal to deploy high-speed internet service networks and develop digital skills training programs.

$65 billion will be invested into expanding affordable high-speed broadband under the infrastructure law.

CoBank also mentions that Space X and T-Mobile will begin testing a satellite service by the end of 2023. 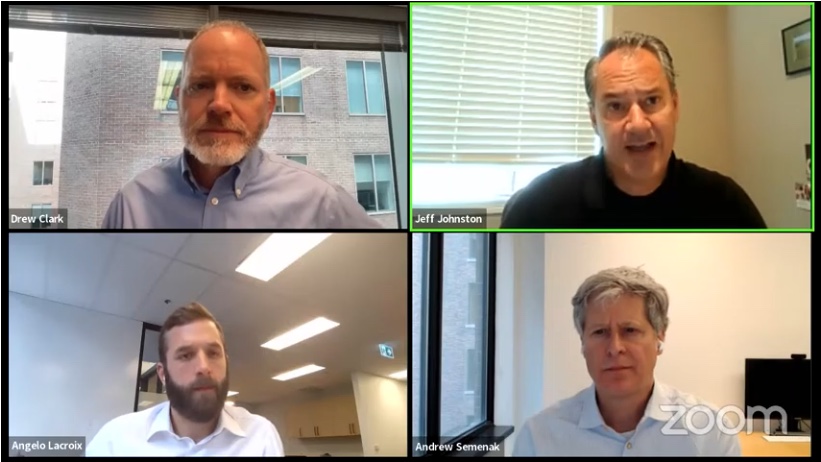 WASHINGTON, November 29, 2022 — An economist at a bank that provides loans for rural infrastructure projects said this month on a Broadband Breakfast Live Online event that smaller internet service providers are likely to face challenges on two fronts in the near future: getting financing for fiber projects in a down economy and from the service-bundling prowess of the larger national players.

With economic weakness forecast in the next 12 to18 months, banks will become more hesitant to lend, said Jeff Johnston, lead economist at CoBank, a $170 million cooperative bank that provides lending and private equity services for rural infrastructure projects by smaller providers. That’s despite an unprecedented amount of federal funding, including $42.5 billion from the Infrastructure, Investment and Jobs Act still to come.

Johnston also warned about larger providers taking up market share in certain regions from the smaller providers because they can bundle services. In a fourth quarter financial report in October 2022, Johnston warned local broadband fixed-wireless providers that incumbents like Verizon and T-Mobile are ramping up smartphone bundle deals with wireless services as a strategy to pry consumers away from smaller providers.

“Broadband operators located in smaller and/or rural cities could face competitive threats if the national operators decide to target these markets,” the report said. “Their fixed wireless market strategy is largely a function of where they have excess capacity in their networks. We do not see standalone fixed wireless operators as much of a threat to fixed line broadband operators as they don’t have a smartphone bundle to offer, which dilutes their value proposition in markets where fixed line broadband already exists.”

Angelo Lacroix, investment director at Capital Partners, added that “we’re not so concerned about customers falling away because they cannot pay the bills; it’s more about losing customers to competitors.”

The United States is currently in the midst of what can only be described as a fiber boom. Wireless and 5G technologies aren’t going away, but stringing fiber deeper into neighborhoods is necessary. And because of this understanding, fiber businesses can become very valuable. In this special session of Broadband Breakfast Live Online, we’ll explore the important question of how to value your fiber business.

Angelo Lacroix is an Investment Director covering core plus and value add infrastructure investments in North America for DIF Capital Partners with a strong emphasis on digital investments like fiber and data centers. DIF Capital Partners is a leading midmarket private equity infrastructure investor with over 14bn of assets under management. Angelo is a CFA Charterholder with over a decade of transaction experience and has previous global work experience at KPMG Corporate Finance as well as Macquarie Capital.

Jeff Johnston has over 25 years of telecom experience that includes 11 years as a Wall Street analyst covering tech media and telecom, and 13 years of product management and business development experience for telecom operators. He is currently a lead communications economist in the Knowledge Exchange research division for CoBank, a $160 billion commercial bank that finances rural infrastructure (communications, power and energy) and agriculture.