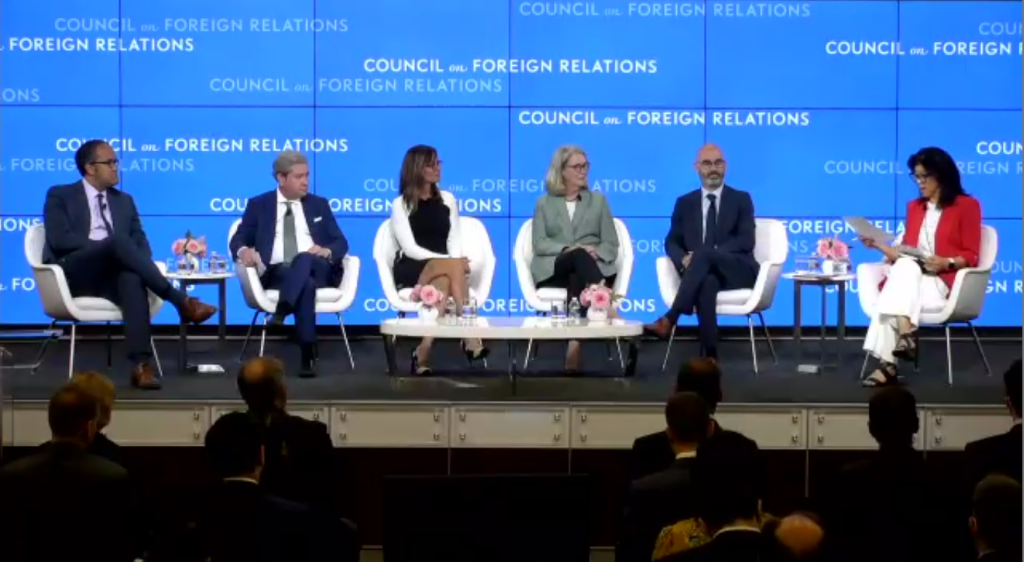 Screenshot of CFR panel on Tuesday

WASHINGTON, July 13, 2022 – A nonpartisan think tank is urging the United States to adopt three initiatives to help it navigate what it calls an increasingly hostile global internet, including coordinating with allies and proactively addressing threats.

The Council on Foreign Relations discussed its recommendations at an event it hosted Tuesday, as Washington comes on the heels of major cyber attacks that have rocked the private sector. A publication from the CFR argued that the United States cannot “capture the gains of future innovation by continuing to pursue failed policies based on an unrealistic and dated vision of the internet.”

The think tank said Tuesday that the United States should confront the reality that U.S. policies promoting an open, global internet have failed but should bring together a coalition of allies around these ideals.

The government will be unable to stop or reverse the trend toward global fragmentation, said Gordon Goldstein, CFR adjunct senior fellow. “The environment is just fundamentally different than it was even just a decade ago… it is time to confront reality.”

Global fragmentation of the internet occurs as nation-states exert a control over the internet to block and moderate content, in direct contrast with the U.S. ideal of an open access internet of free data flow, according to the CFR.

By partnering with its allies, argues the CFR, the U.S. can address security threats and provide economic and political inducements for states to allow free flow of data. It should work with its partners to promote a norm regarding cyberattacks and respond and prevent destructive attacks on elections worldwide, the CFR said.

The CFR also urged the government to balance more targeted diplomatic and economic pressure on hostile states. This would include creating an international cybercrime center and a focused program for cyber aid.

The State Department in April established the Bureau of Cyberspace and Digital Policy that intends to prevent cyber-attacks that put American people, networks, and companies at risk.