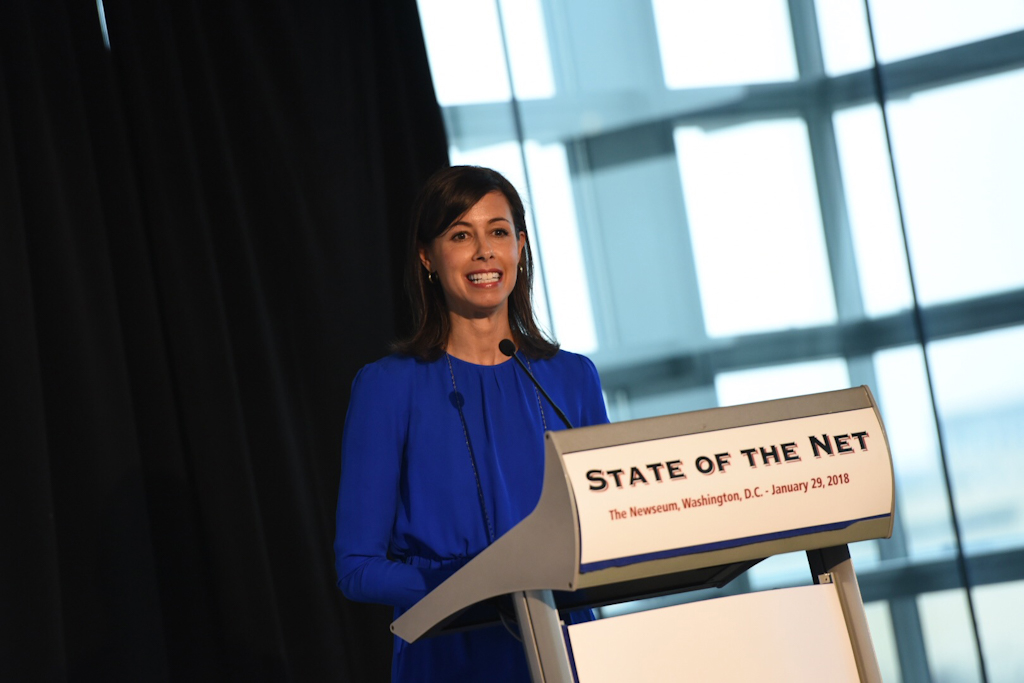 WASHINGTON, August 29, 2022 – Advocacy groups are coming out in support of the Federal Communications Commission’s decision to release to the public information about how the top mobile carriers store and distribute customer geolocation data.

“The FCC has a responsibility to make sure that carrier privacy protection practices continue to evolve with the technology,” said Harold Feld, senior vice president at Public Knowledge, in a statement. “These letters show that…carrier geolocation data practices are all over the map.

“The FCC has said it will continue to investigate whether carrier practices have broken any laws,” Feld added, “but the FCC can and should do more.”

Justin Brookman, director of technology policy at Consumer Reports, said he believes that government oversight of mobile carriers is necessary: “People have no choice but to share very sensitive data like geolocation with mobile carriers just for those products to work. There should be substantive constraints on what they do with that information and for how long they keep it.”

Is your mobile carrier sharing your data with third parties?

The policy states that Google regularly shares customer data – including location data – with “trusted” third parties to improve its services. And although Google doesn’t provide an example of how location data is distributed, it provides other examples of third-party access to personal user information.

Most other responding carriers said they do not provide location data to third-party entities (excluding law enforcement) under any circumstances. AT&T, however, shares user information – including location data – with third-party advertisers on an opt-out basis. AT&T customers can also opt in to “Enhanced Relevant Advertising,” which sends more extensive data to third parties.

And neither is Verizon fully withholding customers’ information, it said. The carrier attested to using data “…to help [Verizon] and other companies wireless customer actions in aggregate.” Customers can, however, opt out of this data sharing initiative.

Carriers’ collection and storage of data

There are commonalities in carriers’ methods of collecting and storing data, according to an analysis of the letters. Most stressed their commitment to user privacy, detailing security measures including extensive employee training and data encryption. Many carriers’ responses also linked to publicly available privacy policies.

Mobile virtual network operators – e.g., Lively, Xfinity, Spectrum Mobile – do not have their own networks. MVNOs use the networks of partner providers. Comcast’s Xfinity, for instance, utilizes Verizon’s cell towers, as does Spectrum Mobile.

Unlike mobile network operators, the MVNOs said that they receive only non-specific location data that is necessary to their core operations. From the response of Red Pocket Mobile’s CEO, Joshua Gordon: “Such generalized data provides no insight into a customer’s precise geolocation, and is generally not considered to be “geolocation data” in the telecommunications industry.”

Once geolocation and non-specific location data are collected, they are generally stored for a period of one to two years, varying by carrier. Notably, AT&T said it retains certain non–location specific cell-tower data for a period of five years. Another outlier is Consumer Cellular, which, according to its response, stores data online for four months, and then transfers the data into an offline database in which they are stored indefinitely.

The letters come after the House Energy and Commerce committee last month passed federal privacy legislation, known as the American Data Privacy and Protection Act, which would establish a data privacy framework and enforcement mechanisms for it. Verizon applauded the legislation in its submission to the FCC.

Led by Wyden, Democrats Call on NTIA to Reform Privacy Standards for .US Domains 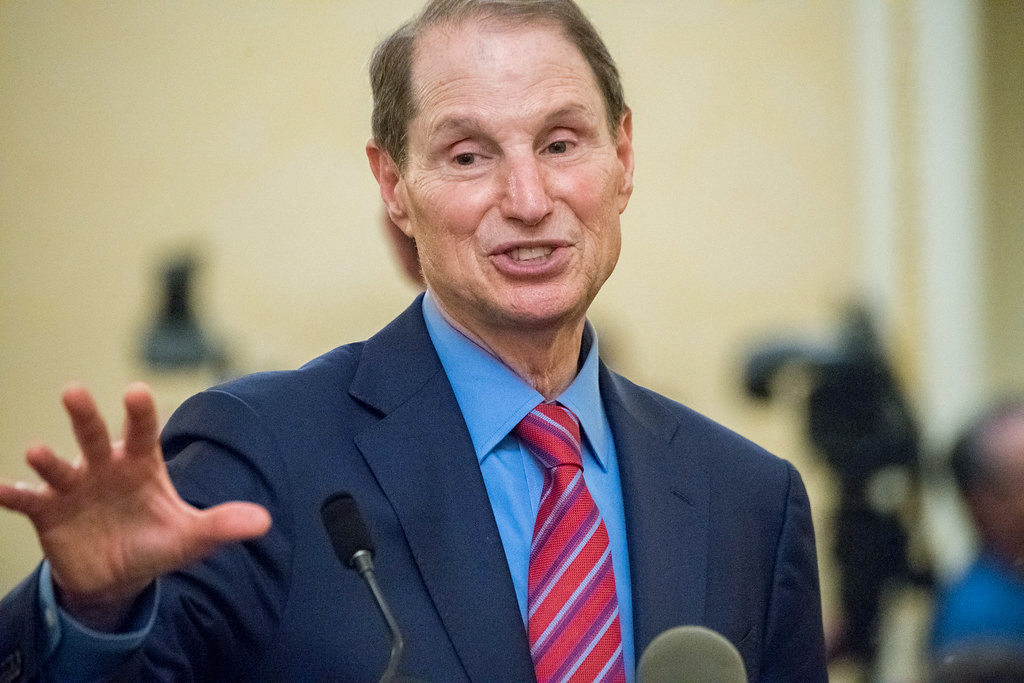 The all-Democrat coalition – including Sen. Elizabeth Warren, D-Mass.; Sen. Brian Schatz, D-Hawaii; and Rep. Anna Eshoo, D-Calif. – laid out its concerns Wednesday in a letter to Administrator Alan Davidson of the NTIA:

“It is highly concerning that NTIA, since at least 2005, has not directed its contractors administering .US to adopt any protections for this sensitive information. The automatic public disclosure of users’ personal information puts them at enhanced risk for becoming victims of identity theft, spamming, spoofing, doxxing, online harassment, and even physical harm,” the coalition wrote.

Rejecting the NTIA’s current disclosure policy, the coalition called anonymity “a necessary component of free speech” and argued that with better privacy protections, .US domains would be more attractive to new website creators.

“A privacy- protective .US should support NTIA in these negotiations by providing a model for best practices in the broader domain name ecosystem. We urge you to continue the fight for privacy, expression, and human rights,” the letter said. 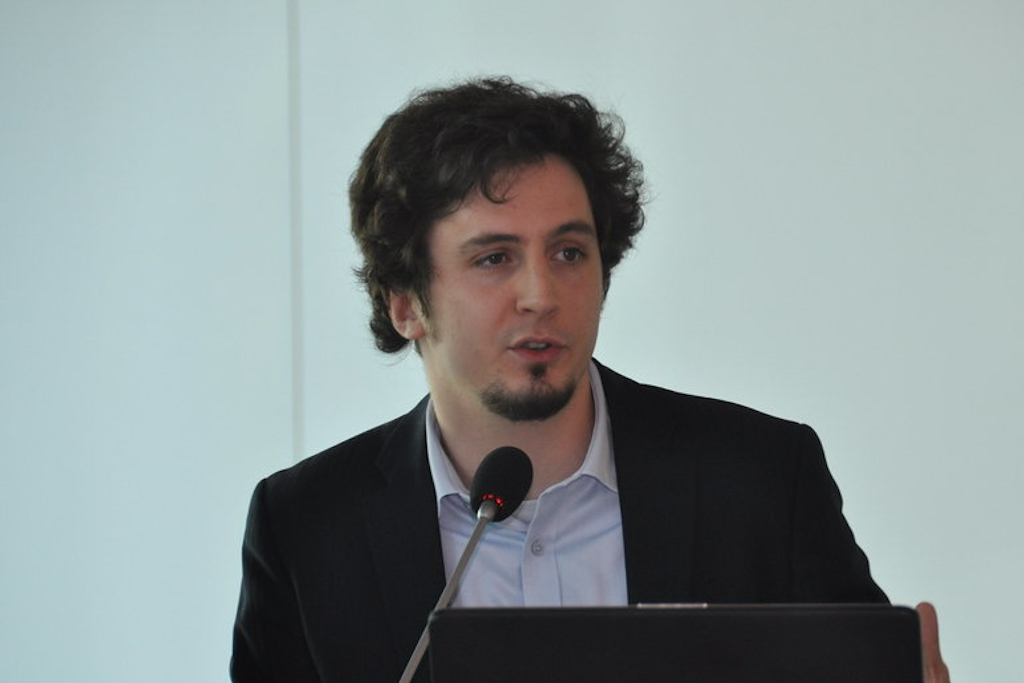 Now in the final stages of becoming law, the DSA aims to create a safer internet by introducing transparency requirements and other accountability measures for covered platforms. Of note to the German Marshall Fund paneliests was the DSA’s provision that, when cleared by regulators, “very large online platforms” – e.g., Facebook and Twitter – must provide data to third-party researchers for the purpose of ensuring DSA compliance.

In addition, the EU’s voluntary Code of Practice on Disinformation was unveiled in June, requiring opted-in platforms to combat disinformation by introducing bot-elimination schemes, demonetizing sources of alleged misinformation, and labeling political advertisements, among other measures. Signatories of the Code of Practice – including American tech giants Google Search, LinkedIn, Meta, Microsoft Bing, and Twitter – also agreed to proactively share data with researchers.

Vermeulen said that he expects the EU will soon draft new legislation to address the privacy concerns raised by the Digital Service Act’s data-sharing requirements.

The risks of large-scale data sharing

To protect user privacy, the DSA requires data handed over to researchers to be anonymized. Many experts believe that “anonymous” data is generally traceable to its source, however. Even the EU’s recommendations on data-anonymization best practices acknowledges the inherent privacy risks:

“Data controllers should consider that an anonymised dataset can still present residual risks to data subjects. Indeed, on the one hand, anonymisation and re-identification are active fields of research and new discoveries are regularly published, and on the other hand even anonymised data, like statistics, may be used to enrich existing profiles of individuals, thus creating new data protection issues.”

An essay from the Brookings Institution – generally supportive of the DSA’s data-sharing provisions – argues that many private researchers do not have the experience necessary to securely store sensitive data, recommending that the EU Commission establish or subsidize of secure centralized databases.

Jeff Pulver and Noah Rafalko: A Humble Request to the FCC on Robocalls

Blocking bad actors requires a whole new way of thinking, the authors say in this ExpertOp exclusive to Broadband Breakfast. 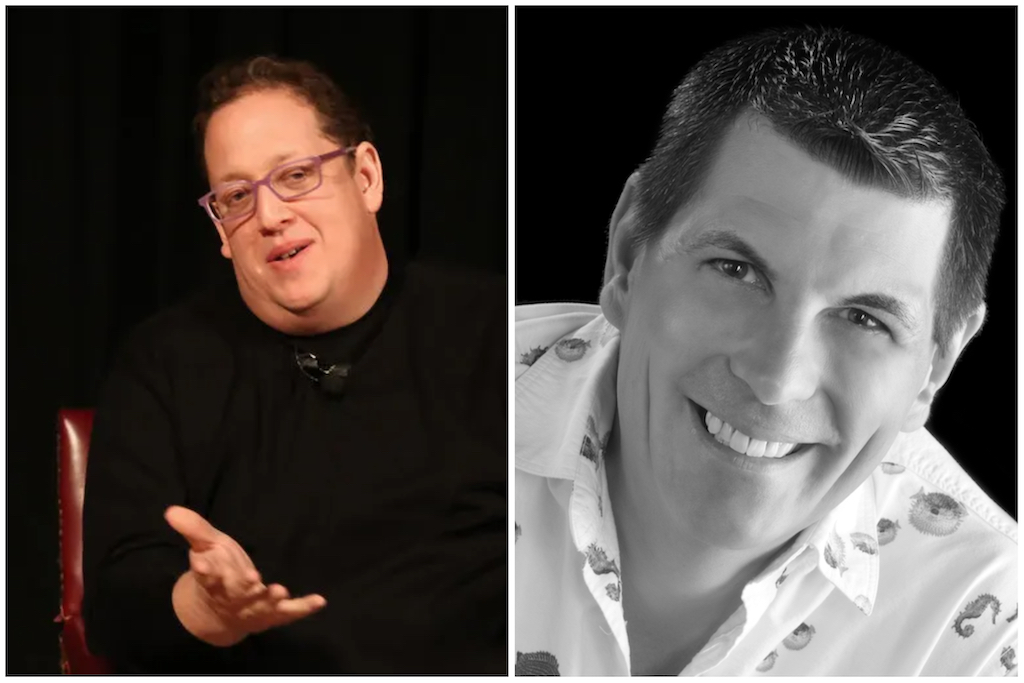 The authors of this Expert Opinion are Jeff Pulver (left), innovator in VoIP and Noah Rafalko, is a pioneer in TNID

Should the Federal Communications Commission seek out alternative platforms to solve their 2022 spam, scam and robocall issues? Yes! Does Blockchain offer valuable solutions? Yes! We would like to ask the FCC to increase the width of their lens when it comes to deploying solutions to solve their growing number of systemic challenges.

Any action to stop robocall insanity and tech-driven scams would be welcome. While Americans deal with the linger pandemic, mass shootings, an uncertain economy and war in Europe, the constant annoyance from scammers and 4.1 billion robocalls a month is just too much. Most people have responded by literally giving up voice communications all together.

Recently implemented legislation called STIR/SHAKEN is a step in the right direction, but it is not a long-term solution. The FCC  is simply taking old standards and applying them to new technologies. New thinking is needed; the next generation of technology must be explored. And the most promising of the new tools to protect our telecommunications system from fraudulent players lies in blockchain.

The key to stopping these nefarious acts lies in a digital identity solution powered by blockchain – a shard database or ledger. An identity solution enables customers to be confident that the communication is truly from enterprises they know and trust.

With blockchain, only authorized and verified messages get through. Spam and robocalls are virtually eliminated in one shot. All that’s required is a slight change in how we approach communications.

In a world where consumers are already doing whatever they can to self-manage their identity, it isn’t a large leap of faith to imagine adding a certified, digital ID to our telephone numbers.

Consumers freely use their telephone numbers to attest and manage their identity – even more than they use their Social Security numbers, birthdays, mother’s maiden name and secret questions. In our current digital universe, consumers use their phone numbers to register for store discounts, receive health and safety alerts and even transfer money to others.

And in their effort to stop spam and robocalls, consumers willingly add apps such as Hiya, paying over $300 million a year to these intermediaries.

The FCC needs to evolve and embrace the technology that allows consumers and mobile carriers who have a shared stake in attesting their identities. They need to recognize that blockchain technology offers an elegant, all-encompassing solution to the $40 billion in fraud that consumers fall victim to every year.

It’s time we leveraged a solution that’s already being used in other countries such as India, where blockchain technology helps protect over 600 million citizens from spam and robocalls.

Back in 2004, when the future of telecommunications was being written, the FCC was challenged with laying down rules governing Voice over Internet Protocol (VoIP). At that time, we hosted brown-bag lunches for Congress, and held open demonstration days at the FCC as well as a mini-trade show on the Hill in our effort to inform and educate Congress, staffers and other government employees on the latest and greatest innovations in Internet communications technology.

The FCC would be wise to revisit this practice of show and tell where they hear from the innovators of new game-changing technologies that can solve their biggest concerns. It certainly is wiser than simply taking advice handed down from lobbyists and relying on legislation that’s severely limited and unenforceable.

When the FCC uses its influence to investigate and embrace new and innovative technologies, they can finally make significant headway in restoring trust in the quality of service associated with our communications.

Jeff Pulver is an innovator in the field of Voice over Internet Protocol (VoIP). He was instrumental in changing how the FCC classified VoIP in 2004, paving the way for the development of video and voice internet communications. The co-founder of Vonage, Jeff has invested in over 400 start-ups.

Noah Rafalko is a pioneer in TNID (Telephone Number ID), a blockchain solution that restores trust in communications. Noah is founder and CEO of TSG Global, Inc. which provides voice, messaging and identity management services for SaaS companies and large enterprises. This piece is exclusive to Broadband Breakfast.