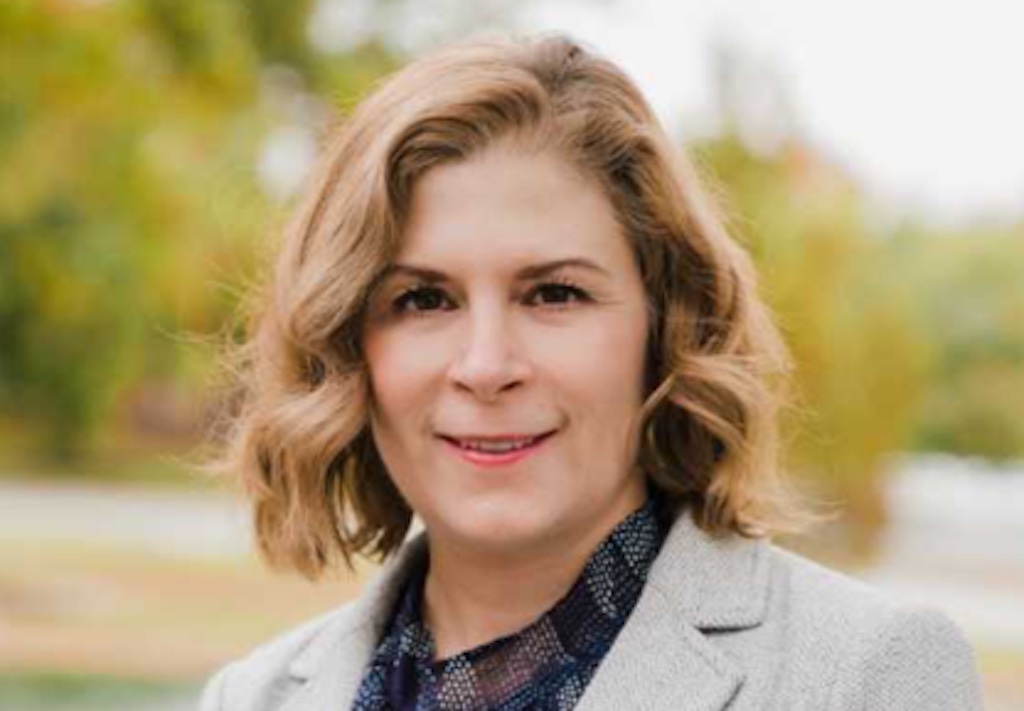 August 30, 2022 – Comcast and Charter Communications are the two largest recipients of state broadband grants to date, according to an analysis Monday by Fierce Telecom.

Charter leads all providers with $170.8 million from nine states. Meanwhile, Comcast has received awards in eight states worth $121.6 million.

AT&T announced Tuesday that it will bring 5 gigabits per second download speeds to over 100,000 homes in Mesa, Arizona by 2023.

“Fiber is hands-down the best technology to deliver high-speed broadband, and this expansion is allowing AT&T to aggressively roll out service to the Mesa area,” AT&T CEO John Stankey said in a press release. “Our long-term goal is to provide fiber to as many customers as we can, and this is just one of many steps we’re taking to achieve that goal.”

Mesa Mayor John Giles added in the release that he sees the new service will drive “better access to education, jobs and healthcare for our great city.”

US Cellular has new VP of government affairs

US Cellular announced Monday that Rebecca Thompson will be the company’s new vice president of government affairs.

Thompson, who will now be the principal representative for US Cellular’s federal legislative and regulatory matters, has over 20 years of experience in regulatory affairs. She obtained her law degree from Catholic University of America’s Columbus School of Law in Washington, D.C.

“Her industry knowledge combined with her legal and regulatory expertise will support our efforts to provide connectivity to underserved Americans and help us make progress towards our long-term company goals,” Adriana Rios Welton, head of legal and government affairs, said in the release.

The FCC is looking to adapt its robocall methods for texts. September 27, 2022 – The Federal Communications Commission is requesting comments on a proposed new rule to apply caller ID authentication standards to text messaging, according to the release on Monday.

The FCC is proposing requiring mobile wireless providers to block texts, at the network level, that appear to be from invalid, unallocated, or unused numbers, and numbers on a Do-Not-Originate (DNO) list. It also seeks input on other actions the commission might take to address illegal texts, including enhanced consumer education, the release said.

“Recently, scam text messaging has become a growing threat to consumers’ wallets and privacy,” said FCC Chairwoman Jessica Rosenworcel. “More can be done to address this growing problem and today we are formally starting an effort to take a serious, comprehensive, and fresh look at our policies for fighting unwanted robo texts.”

In August, the FCC’s Robocall Response Team reported an increase of consumer complaints about unwanted text messages, which have risen steadily in recent years from approximately 5,700 in 2019 to 8,500 this year.

Telecompetitor is reporting Monday that organizations are already flagging problems with the FCC’s broadband mapping fabric, including missing locations.

The database is designed to provide address and geolocation information for every broadband serviceable location in the country.

According to the story, one complained that coordinates for a broadband serviceable location actually pointed to a swamp; another talked of a location that pointed to a boulder.

“NTIA realized the maps won’t be done until the challenge process is completed,” Romano said, referring to the National Telecommunications and Information Administration, which is handling $42.5 billion for broadband infrastructure contingent on those FCC maps.

The next FCC-issued broadband maps are set to be released in November, and the challenge process is ongoing for state agencies, community organizations, and consulting firms to correct potential inaccuracies.

The Biden administration and video-sharing app TikTok have drafted a preliminary agreement to make changes to its data security and governance without requiring its Chinese-based owner to sell the company, the New York Times reported on Monday.

The drafted terms, according to the Times, state that TikTok would store its American data solely on servers in the United States – rather than on its own servers. Cloud company Oracle is then expected to monitor TikTok’s algorithms that determine the content that the app recommends. TikTok is also expected to create an oversight board made up of security experts that will report to the government, according to anonymous sources cited by the Times.

Senator Marco Rubio, R-Florida, is not convinced of the measures. “Anything short of a complete separation” [of TikTok from ByteDance] “will likely leave significant national security issues regarding operations, data and algorithms unresolved,” he said, according to the story.

Former President Donald Trump, who wanted to ban TikTok, attempted to bridge a deal with ByteDance for a portion of TikTok to be sold to Oracle, which did not materialize.

Concerns have swirled around ByteDance, the Chinese owner of the popular app, and its alleged surveillance and privacy policies that require data from any Chinese applications to be shared with Chinese authorities. TikTok US has repeatedly denied breaching US data privacy regulations.

FCC Commissioner Brendan Carr, who has been an outspoken critic of the app, said on Twitter that the preliminary deal “is very concerning” in that the terms “fall short of securing our [national security].”

‘How do we make sure that you can keep that home grown talent?’ 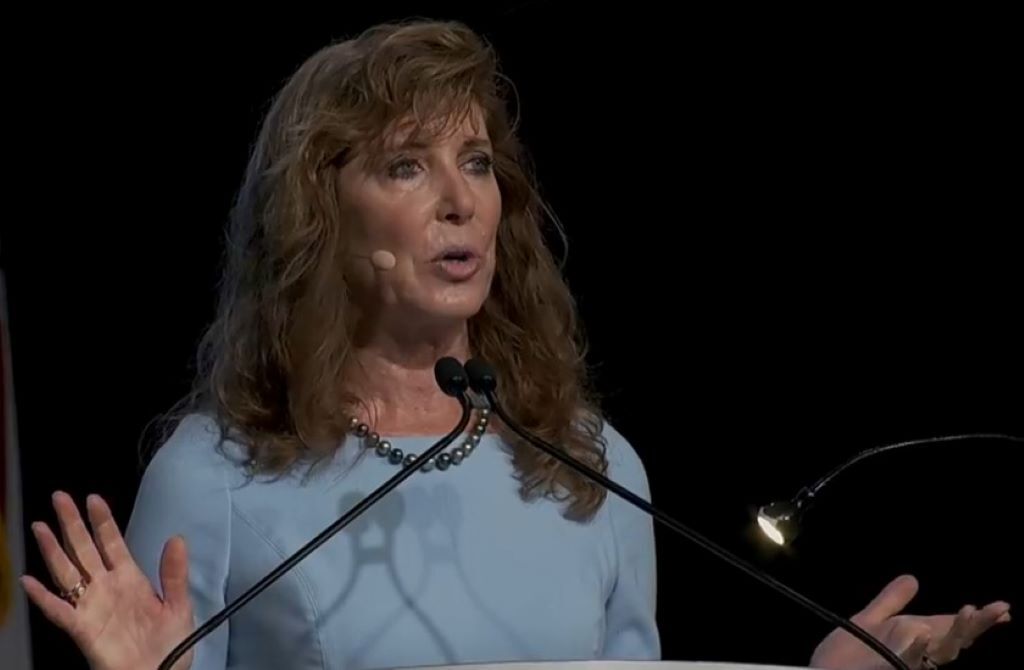 Speaking at the launch of the NTCA trade show in San Francisco on Monday, Bloomfield said that the program will help educate kids about the value of rural broadband services.

Bloomfield said it will help address a common lament in rural areas: “How do we make sure that you can keep that home grown talent?”

The pilot program with the rural education group will help promote the importance of broadband jobs in rural areas.

Telecom officials to be in Hungary for ITU election

Key telecom agency officials are expected this week to attend the International Telecommunications Union conference, where the election of the new head of the United Nation’s telecom regulator will be selected.

The conference is being held from September 25 – 29.

FCC Commissioner Brendan Carr said in a statement Monday that he spoke with European Union officials in Brussels about the need for Big Tech to contribute to the development of broadband networks and about the alleged security risks of the Chinese video-sharing app TikTok.

Carr has previously said that big technology companies should contribute to the Universal Service Fund, a roughly $10-billion pot of money that goes to support basic telecommunications builds across the nation. Money for the fund comes from voice service providers, but critics have said that the fund’s base of contributors needs to be broadened for its sustainability.

Carr also reiterated his position that TikTok poses a security and privacy threat to Americans.

“TikTok functions as a sophisticated surveillance tool that harvests extensive amounts of personal and sensitive data,” he said in the statement. “And recent reporting indicates that there is no check on this sensitive data being accessed from inside China.”

The security of TikTok has been an ongoing issue, with American Senators saying that TikTok may be collecting biometric data and storing it in an unknown database.

SiFi Networks will construct an all-fiber network for 40,000 households in the city of Kenosha, Wisconsin. 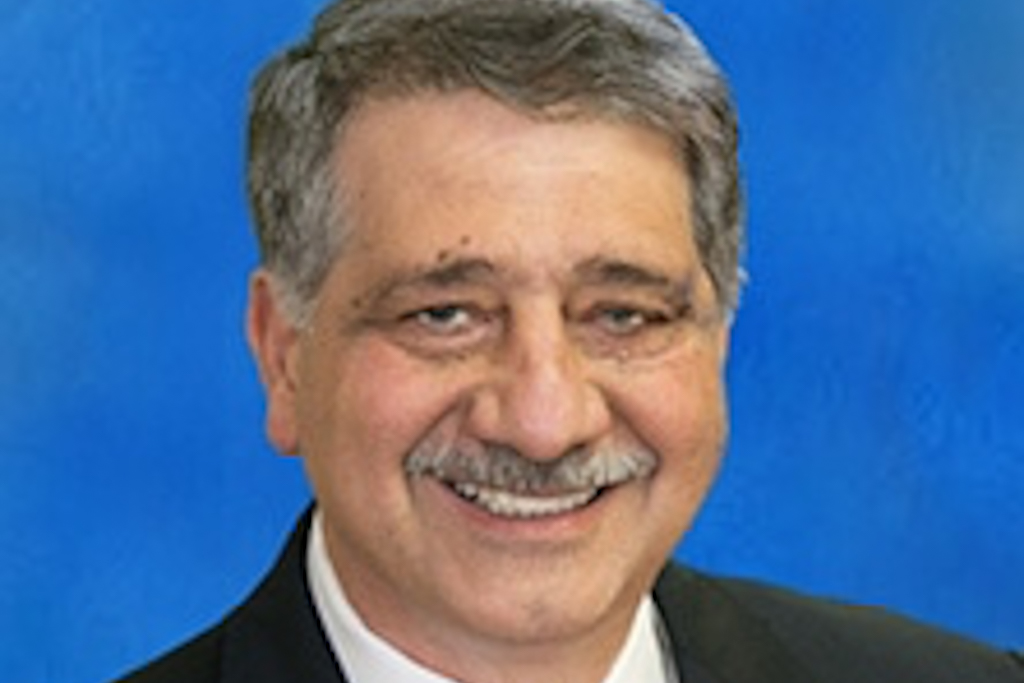 September 23, 2022 – The city of Kenosha, Wisconsin, and SiFi Networks on Thursday announced the start of construction of an all-fiber network that is advertised to bring high-speed broadband to all 40,000 households, businesses, and other locations in the city.

The $100-million, privately funded project is scheduled to be completed in approximately three years and will provide speeds of up to 10 Gigabits per second (Gbps), SiFi Networks said. The project has been announced to be open access: Many service providers will simultaneously lease sections of the network. SiFi says this model will enhance competition and bring “the fastest speeds at the most competitive prices to the consumer.”

“Kenosha is a special city with wonderful residents who are ready for modern-day connectivity,” said Marcus Bowman, community relations manager at SiFi Networks. “SiFi Networks is delighted to make the long-term investment in Kenosha because we see how fiber networks transform communities into hubs of innovation, remote work, better healthcare, and smart city services.”

A bipartisan bill that would alter existing antitrust law to create a safe harbor for news outlets engaged in collective bargaining with big-tech platforms was approved Thursday by the Senate Judiciary Committee.

Supporters of the Journalism Competition and Preservation Act say it would give news outlets the influence necessary to obtain fair compensation for their work from large platforms such as Facebook and Google.

The bill was scheduled to advance out of the Judiciary Committee earlier this month. Its passage was delayed by sponsor Amy Klobuchar, D-Minn., after the committee adopted an amendment from Sen. Ted Cruz, R-TX, that would limit platforms’ ability to moderate content.

Cruz’s amendment would have outright removed the antitrust exemption if outlet–platform negotiations included content-moderation policies, which Klobuchar called the amendment a “get out of jail free card” for platforms. Instead, the version of the bill advanced Thursday states that bargaining shall be conducted “solely to reach an agreement regarding the pricing, terms and conditions.”

“This is a major win for free speech and it strikes a blow against the virtual monopoly that Big Tech has to limit the information that Americans see online,” said Cruz’s official statement on Thursday. “The bottom line is Big Tech hated this bill from the start and now they hate it even more.”

“The Grace Hopper Celebration is known for being the world’s premier networking event for women in technology,” Rosenworcel said. “It is great to see it and just be here.  Because in my two decades of working on technology policy, I have not been in a lot of rooms like this.  In fact, I have lost count of the times that I have been the only woman in the room.”

The FCC’s chairwoman called on colleagues to “pull up a chair” for other women in tech as well as struggling community members. Speaking of her time as a commissioner at the FCC, Rosenworcel said she was one of only a few officials working to close the “homework gap” before the onset of the Covid-19 pandemic.

She also committed to advance “issues that affect women in technology,” promising to promote telehealth solutions for maternity care, extend basic phone services to victims of domestic abuse, and scrutinize the privacy standards of mobile providers to ensure the privacy of women’s medical history.