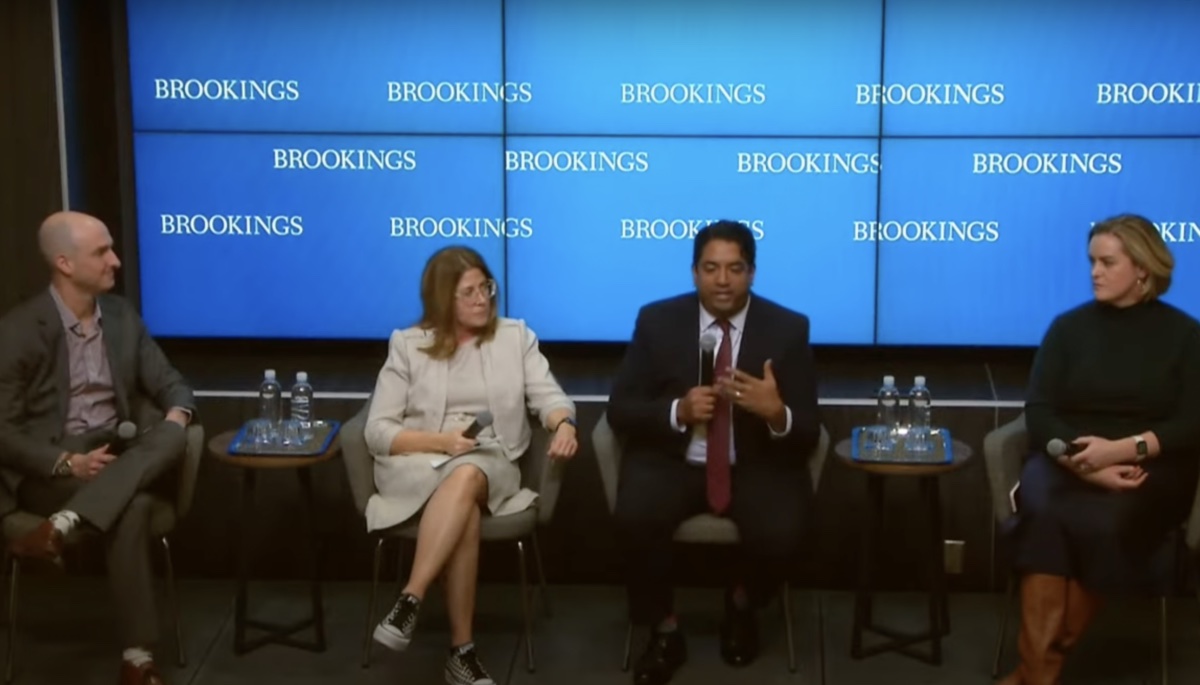 WASHINGTON, December 23, 2022 — As states begin to receive funds from the Broadband Equity, Access and Deployment Act, they need to lay the groundwork for high adoption and fiscal sustainability, said panelists at a Brookings event on December 15.

The majority of the BEAD program’s $42.5 billion in funding has yet to be disbursed, and state allocations are expected by June 2023. But without efforts to drive adoption, the government’s investment in connectivity will fall short, panelists agreed.

“If we make these investments and people don’t see the value in how broadband can improve their lives, both professionally and personally, then frankly it’s a busted investment,” said Veneeth Iyengar, executive director of ConnectLA. “And so from our perspective, we’re looking at how we can really help drive Louisiana’s economy… which also means driving adoption, digital skills and doing the kinds of things that we need to do to tackle the digital divide.”

The National Telecommunications and Information Administration announced in August that Louisiana was the first state to receive a planning grant through the Internet for All initiative, amounting to $2.9 million.

Affordability is a big problem for Louisiana broadband

Currently, one out of every three people in Louisiana lacks access to affordable, high-speed internet, and the problem affects both rural and urban areas, Iyengar said. The state’s goal is to get through the iterative planning process and start disseminating the funds by the end of 2023.

One of the biggest barriers to adoption is affordability.

“Overwhelmingly, we know that if you are low income in America, you are less likely to have access to a broadband connection… [It’s] not just about building out these connections — we really do need to be thinking about long term solutions to affordability,” said Kathryn de Wit, project director for the Broadband Access Initiative at The Pew Charitable Trusts.

Forty-three percent of adults with an annual household income of under $30,000 have not adopted home broadband, and almost half of them cite cost as the primary barrier, according to Pew data.

Beyond affordability, other barriers to adoption include lack of digital literacy, costs associated with devices and concerns about privacy. These issues need to be addressed now rather than later, said Angela Siefer, executive director of the National Digital Inclusion Alliance.

“We have to make sure we have these holistic solutions all at the same time, which is really hard because there’s all this money going to buildout and we want people to also figure out affordability and digital skills and devices — so it’s a huge lift for the states,” Siefer said.

This challenge is exacerbated by the fact that states generally have a very low number of core broadband staff, Iyengar noted.

About half of the 50 state broadband offices were created since 2020, and so staffing and building capacity is an important and ongoing task, de Wit said.

Long-term affordability for consumers will have broad economic benefits

“Part of the reason that we are spending this much money on broadband now is because we have had such low policy goals for so long,” de Wit said. But as states set more ambitious goals, they also need to focus on fiscal sustainability, both in terms of physical network upkeep and long-term affordability.

The Affordable Connectivity Program has been projected to end within the next couple of years, Siefer said. Some of the networks may not be completed by then, meaning that many households might miss out on using the subsidy.

“We have to figure out a long-term sustainability plan for the Affordable Connectivity Program,” she said.

Treating digital equity and access to technology as a priority rather than a “nice-to-have” would have benefits reaching far beyond individual consumers, de Wit said.

“If we want to stay competitive as an American economy… we need to stop treating these things like an ‘other’ and we need to be thinking about technological integration and digital transformation in everything that we do.”

Iyengar pointed to the ways in which the COVID-19 pandemic disrupted many traditional business models, driving innovation in industries from healthcare to grocery delivery. Leveraging broadband as an asset could yield similar innovation as a result of new consumer behavior, he said.

Siefer agreed, pointing out the wide range of industries beyond internet service providers that benefit from developments such as the rise of telehealth.