The Broadband Communities Summit is ​the ​leading ​conference ​on ​broadband ​technologies ​for ​communities. It will take place in Houston, Texas, from September 27 – September 30, 2021.

The Summit ​attracts ​broadband ​system ​operators, ​network ​builders ​and ​deployers ​of ​all ​kinds. ​Many ​of ​the ​country’s ​major ​property ​owners ​and ​real ​estate ​developers ​attend ​the ​Summit ​each ​year, ​along ​with ​independent ​telcos ​and ​cable ​companies, ​municipal ​and ​state ​officials, ​community ​leaders ​and ​economic ​development ​professionals. ​

For more information on the Summit, visit Broadband Communities, as well as 2021 Travel & Hotel Information.

The NTIA is proposing a limited-equipment, limited-time exemption to purchasing American-made products. 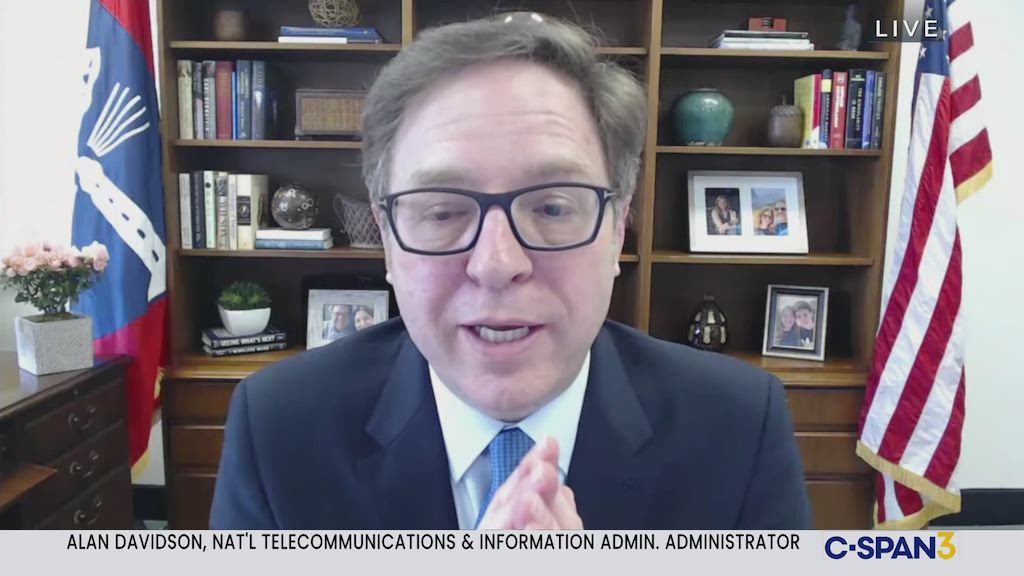 WASHINGTON, September 27, 2022 – The National Telecommunications and Information Administration is proposing this month a limited 12-month exemption from rules requiring the purchase of American-made telecommunications equipment for applicants to its middle mile program – even as the Friday deadline quickly approaches.

The Infrastructure, Investment and Jobs Act, which was signed into law by President Joe Biden last November, spawned the NTIA’s $1-billion Enabling Middle Mile Broadband Infrastructure Program and included a “Buy America” provision that require domestically purchased materials to make up more than 55 percent of the cost of all components of the project.

But leading up to the September 30 deadline for middle mile program funding, the Commerce agency had been fielding complaints about the provision, stemming from concern that projects will be stalled or incomplete without adequate access to foreign supply. A waiver exemption provision exists in the Build America, Buy America Act.

In the middle of this month, the Commerce agency responded by releasing a proposed waiver document – comments on which are due October 3 – outlining a possible limited exemption to those Buy America preferences. The document said that an initial industry assessment told them that materials for middle mile broadband infrastructure are “not available in the quantity or quality needed for the MMG Program.”

As such, the NTIA is proposing a Buy America exemption for specific equipment including broadband routing, switching and aggregation equipment; microwave backhaul equipment; fiber transport equipment; undersea cable equipment; fixed test equipment; telemetry router and switch equipment; and the construction of fiber optic cable if the optical fibers inside are manufactured exclusively in the U.S.

The document notes that 67 percent of middle mile network device is sourced from Asia; fiber optic cable assembly “generally occurs in Mexico;” and over 70 percent of global semiconductor production occurs in Asia. (President Biden also signed into law legislation that would plow $52 billion toward incentivize domestic manufacturing of semiconductors, but the NTIA said the impact of that is unlikely to be realized for “several years.”)

“We have been talking to the made-in-America office because we do believe that there is reason for us to ask for some kind of waiver on this middle mile program,” Sarah Bleau, middle mile program director, said at an event fielding questions about the program on September 15.

If the waiver is granted, it would apply to all middle mile program money awarded between March 2, 2023 and March 1, 2024.

The document notes that the waiver would allow entities to compete on an “equal footing” for middle mile program funds and allow them to construct broadband projects in a timely manner.

NTIA has been studying issue for months

The NTIA said it had been exploring this issue before it released the notice of funding opportunity – which opened the program for applicants on May 13.

“During the course of that assessment, it became clear that the impact of BABA on the MMG Program would likely be particularly significant, necessitating an approach that acknowledges the non-availability of certain construction materials and manufactured products required for the deployment of middle mile infrastructure on the timeline mandated by the IIJA,” the NTIA’s waiver proposal document said.

“MMG Program awards may be announced as early as spring of 2023 and will require supplies to be available on short timeframes, allowing little time to address supply chain issues,” the document added.

The NTIA would also require waiver grantees to report on their foreign equipment purchases, which the agency said will help “future NTIA grant programs and awards “that also use those items and support market research.

“NTIA will use this information to better understand the market and availability of U.S. products in this supply chain to inform its implementation of the MMG Program as well as its other broadband infrastructure deployment programs,” the document added.

WASHINGTON, September 27, 2022 – The fifth and final reason to attend the Broadband Mapping Masterclass with Drew Clark TODAY, on September 27, 2022, is to understand how your community can challenge the results of the Federal Communications Commission’s, and your state’s, broadband map.

You’ll be able to ask questions of Drew Clark in this Masterclass that takes place from 12 Noon ET to 2 p.m. ET.

TODAY, September 27, 2022, is the last chance to watch the Masterclass LIVE and to ask questions during the webinar. However, those who register after 2 p.m. ET will be able to enroll and watch the recording. Other registrants will have lifetime access to the program, too.

State broadband officers are expected to conduct their own challenges to broadband information in their states. The Masterclass will consider how these challenges will unfold across multiple states at the National Telecommunications and Information Administration implements its Broadband Equity, Access and Deployment program.

By attending the Broadband Mapping Masterclass, you’ll get the best knowledge that you can about where the challenge process, and the role your ISP or community can play in challenging, or defending against challenges. “The FCC has held the authority to hold spectrum auctions for about three decades,” Rosenworcel said during a National Telecommunications and Information Administration spectrum policy symposium on September 19.

“It has been a powerful engine for wireless innovation and economic growth.
In fact, using this authority the FCC has held 100 auctions and raised more than $233 billion in revenue”

September 30 will mark the end of Congress’s fiscal year and the expiry of the FCC’s authority. In July, the House Committee on Energy and Commerce passed the Spectrum Innovation Act of 2022, H.R. 7624, which includes an extension of the auction authority through to March 2024.

Spectrum and Next Generation 911

The Spectrum Innovation Act was passed in July of this year, which required the FCC to host a spectrum auction to use $10 billion of allocated funds towards Next Generation 911, an Internet Protocol-based system to replace the analog 911 system.

Implementing NG911 in states and counties nationwide will require the coordination of emergency, public safety, and government entities.

Urgent Telecommunications reported last week that the Public Safety Next Generation 911 Coalition, a coalition of public-safety associations, said that NG911 would not be available for years.

The coalition requested that NG911 funds could be borrowed immediately from the U.S. Treasury, which would be repaid when the proceeds from the 3.1-3.45 GigaHertz (GHz) spectrum auction are made available.